Ok all joking aside, Harmonix is releasing a new Rock Band game. Gone are all the instruments of the previous games, Rock Band Blitz has you use a controller to create the music like Rock Band Unplugged for the PSP which was remarkably like Harmonix's first game, Frequency... [read more]

EA gives Battlefield 3 players all the unlockables...for a price

If you're late join in the Battlefield 3 fun, and you don't want to "waste" hours of your precious time to unlock everything in the game, EA has a deal for you. For the "low price" of $40, you can buy the Ultimate Shortcut Bundle for Battlefield 3 to get all weapons, gadget... [read more]

When it was discovered that the DLC characters for Street Fighter X Tekken were on the retail disc of the game, many gamers went into a rage over it.  It's ... [read more]

Other companies have tried to compete with Mad Catz, in the realm of fight sticks. One of these challengers, Eightarc, is going directly after Mad Catz by offering a feature that Mad Catz is unable to offer: dual-modding. ... [read more]
Modern Warfare 2 Review
Posted on November 30, 2009 by OG

It's safe to say that Call of Duty Modern Warfare 2 is the biggest gaming release ever. Not only are sales numbers huge, but there has not been a game that has close to many players online with it. Now everyone knows that the multiplayer is what's making the game such a big seller which is, when you think about it, a rarity when it comes to online games. Halo, Gears of War, and CoD series were known to have great singe player moments, and eventually, online play on those games became the focus. Regardless, what we have with MW2 is an excellent multiplayer experience and a single player mode that's impressive as well, although not many people will play through it. In essence, we have the total package, but it's still not the "Game of the Year" because it doesn't revolutionize or evolve gaming. Still, you can't debate how great the game is.

To no one's surprise, everyone is picking the game up for the multiplayer, but screw that I want to talk about the single player campaign first. Those that are familiar with the Call of Duty series know that the single player will usually have you follow different soldiers from the different military units of the countries that are engaging in the war. Being that there's no World War II in the Modern Warfare games, thankfully, that means that it's not the typical be one of the Allied Forces and kill the Nazis. Instead, the Modern Warfare games have been about terrorism, of course, and the Russians because hey, the U.S. has hated mainly terrorists and commies in the past 25 years.

You will find yourself mainly in the shoes of soldiers from two groups: U.S. Army Rangers and a multinational commando unit called Task Force 141, a bit like Rainbow Six if you will. There are some parts where you control other characters but they're mainly there for the sake of moving the story along as you really don't "play" as them. The majority of the actual plot will be done by completing the missions with Task Force 141 making it feel more like a plot from the TV series "24", and the Army Rangers plot is more of like the traditional CoD being that there's more of a focus of military objectives. Hell, there's one point that is reminiscent of the Storming the beaches of Normandy battle that has been the backbone of WWII games ever since "Saving Private Ryan" showed it in such a cinematic matter. So if the servers are done, or you're just pissed at how much you suck online, take a break to enjoy the single player as it'll only be a good 6-8 hours of your time.

Now let's talk about multiplayer. No, not online multiplayer, but instead, co-op multiplayer. Let's face it; co-op has become a great way to spend time with friends online instead of doing the same multiplayer modes and maps. The real draw for co-op is that it's taking some of the more exciting parts of the single player campaign and letting a buddy join you. But it's not just the kill bad guys, but there's an objective to each scenario you pick. What's even more fun is that in one scenario, you and a buddy are escaping via snowmobiles as you did in the second mission you played in the first campaign, while others will have one person providing cover fire in a helicopter as the other runs their way through the level. Again, you have a great timewaster to play with someone that's over at your place or a buddy online when multiplayer is a bit of a pain in the ass.

Ok, NOW we talk about online multiplayer. It's great but it has some flaws. Infinity Ward did the smart thing by keeping the core gameplay there while making the options more various and plentiful. Not only that, but they scaled back on the crap that no one cared about.

With more weapons to choose from there's more than just one or two guns that you will see people use. Weapons have more customizations to improve on whatever stat your gun of choice is lacking. Perks are back with each one being worthwhile especially with certain weapons. Then possibly the most unique addition is the choice of killlstreak awards. Back in CoD4, if you get 3, 5, and 7 kills in a row you were rewarded with a killstreak award. Now, there are several awards to choose from range from the UAV that lets you see the enemies on the radar to the infamous nuke that will kill everyone on both teams with the winning team being the one that called in the nuke. You can really customize your character this time around giving you good reason to play for the long time it'll take to unlock everything.

How can a game with all that multiplayer goodness have some bad points to it? Well easy if it's two of the more frustrating aspects of multiplayer gaming; maps and spawn killing. Even though there are the same amount of maps in MW2 as there were in CoD4, 16, there's still a feeling of playing the game ones over and over again. Maybe it's the quickness of how some games can be finished or something else, but the map rotation is already becoming something to be annoyed at. It appears that Activision learned from the mistakes of the past and will be offering more maps in the future as they did with CoD World at War, and not let it stay the same maps as they did in CoD4. Spawn killing is becoming more of a situation that is slowly wearing down on the players. It just seems that there is not as much of a variation to spawn points thus causing respawns to occur in certain spots making it easy for a team to focus on that spot thus doing constant killing of the other team as they respawn. This may be due to the fact that there is a piece of equipment that allows players to choose their respawn point during the game, but to take that item, you have to give up grenades which many players would not want to do. Reading these points may not seem much of a big deal, yet these are the aspects of the multiplayer that people are already complaining about.

Since the first CoD game, each one has been big on presentation. Where they have always excelled at was huge battlegrounds with lots of action going on. Most games have the action stay right in front of you, but Infinity Ward puts the emphasis that battles usually have a lot of shit going on. Every level looks phenomenal from the backgrounds to the character models making for a cinematic game without having a lot of those non-playable cinematic moments. Voice acting has been kept at a high caliber although a lot of it will be screamed at you because of all the damn explosions going on. A few voice actors return from CoD4 since their characters have carried over and some Hollywood talents joins the ranks including Lance Henriksen (android from Aliens) and the guy who has become known more for his voice acting than his live acting career, Keith David. Then you have the score that adds that little extra to every part of the game making it more memorable and epic.

After all that's said and done, what do we have with Modern Warfare 2? THE SEQUEL TO MODERN WARFARE 1 THAT SHOULD HAVE BEEN OUT INSTEAD OF A GODDAMN WWII GAME AGAIN! Ok, had to let that out of my system but it's true, this is a solid sequel to CoD4. MW2 is not the game changer that CoD4 was, and really, you shouldn't expect that. It comes down to taking what we love about the original and expanding on it. Maybe down the line the Call of Duty series will revolutionize gaming again or maybe not. Still, it changed gaming once, and you need to keep with that same flow of the game rather than do a retard move of going back to the old formula that everyone was tired of already.

What game are you most excited to play this month? 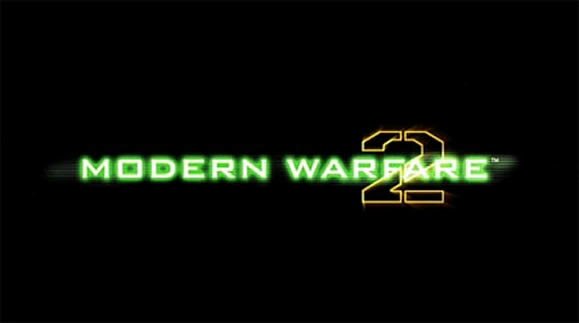