Other companies have tried to compete with Mad Catz, in the realm of fight sticks. One of these challengers, Eightarc, is going directly after Mad Catz by offering a feature that Mad Catz is unable to offer: dual-modding. ... [read more]
Trine Review
Posted on August 03, 2009 by OG

When is the last time you played an interesting platform based game that combined physics, thinking, and diverse problem solving in a small casual based game? Trine combines all aspects and a bit more. The most recent game from Frozenbyte and delivered on Steam has a good mix of action, puzzle solving, and design. Huddled together with an interesting story and gorgeous looking graphics, this game brings entertainment for all to enjoy.

The story mixes in introduction of the characters along with how to control each one of the heroes while giving background as to why and how they ended up there in the first place. Our narrator to the story has a voice that grabs and pulls you into the story. In short three unlikely heroes: a wizard with an eye for the ladies, a seductive looking thief, and a portly knight each gets their souls bound to an artifact called the Trine. They are forced to travel together to try to find a way to separate themselves again.

Each character has their own foible with the wizard being a young rambunctious man that tries to use his powers to impress the ladies. His powers lie in being able to conjure up objects to use to scale or create pathways and also levitate objects with ease. The thief is a slender and agile woman armed with a bow and arrow and grappling hook. She is the lightest of the group and most agile when it comes to making jumps. Her grappling hook is able to latch to certain places that allow her to scale or swing over large areas. Then we have the knight who is a portly fellow with a chivalrous intent. Armed with his sword and shield, he is dedicated to guarding the king's treasure, which is a vow he has made only known to himself. Graphics of this game really stand out from the crowd. The elegant beauty and foreboding atmosphere really do a great job of pulling you into your environment. Dark cool colors with vibrant greens and blues to help show a dark and dangerous dungeon to reds and whites with others to show a fiery forge and molten steel. Along with the environment, each of our characters is designed to show exactly what they are supposed to portray in the game. Cloaked in a blue robe, the wizard's look is completed with a traditional looking wizard's hat, the thief is in a form fitting white outfit that shows off her slender build which relays her agile abilities, and the knight is clad in steel armor with a distended belly lugging around a sword and trustee shield.

Now one thing that does seem to be a redundant theme is the enemy's design which is used throughout the game. Almost all of your enemies seem to be a type of skeleton save for a few of the larger enemies. With as much detail they put into the level designs and graphics, it would have been nice to see a bit more diversity in the enemies instead of just skeleton with sword, skeleton in armor, skeleton with torch, etc.

Music takes a more subtle role to the game then you would think in a game like this. In the background plays a light haunting tone in the intro to the game and throughout the levels. Voice acting seems to be something they really focused on when creating the short intros to each stage of the game. You are able to tell immediately what voice belongs to which hero without any issue. The exchange in dialogue that goes on plays out perfectly. As you hear the voices you can see in your mind each hero conversing back and forth, as if they were standing right in front of you. The narrator was an excellent choice in telling the story also. His voice easily generates the mood of the level and has just the right characteristics of the story tellers of old. One of the highlights of this game is in the game play itself. Using the physics engine to solve problems, kill enemies, or even traverse the screen really lets you choose how you want to play your game. Everything in the game seems to have some sense of weight related to it. Imagine that you turn to the knight with an archer skeleton shooting at you from a distance, you can run over with your knight and pound the living hell out of it, choose the thief and shoot it with your bow, or turn into the wizard and create an object high up to drop on its head. Being able to choose these different ways to solve a problem really allow you to tailor the game play to your liking. As you progress through the game you will level up, discover helpful treasure and solve interesting problems using creative thinking and physics. One of my favorite problems I got to solve was how to launch my hero over a gap to claim a treasure, but I will let you figure that one out.

With compelling graphics, interesting game-play, heroes with unique traits and a solid story line this game promises to bring you some hours of enjoyment. Once you get the hang of using the physics to your advantage and taking some time to think things through you will be swinging your way towards the final act. Trine has many wonderful elements and interesting play but it will leave you craving some more. More variety could have been added to spice up the enemies and maybe added a puzzle mode to switch up the game modes. 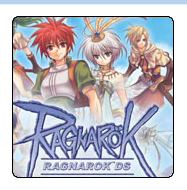