You might know this game as Secret of Mana 2, but this video is titled by the only name it was officially released as. This was a Japan exclusive game in the Mana series that many people aren't aware existed, but let's change that starting right now!... [read more]
Jamestown: Legend of the Lost Colony Review
Posted on May 04, 2012 by www.Original-Gamer.com 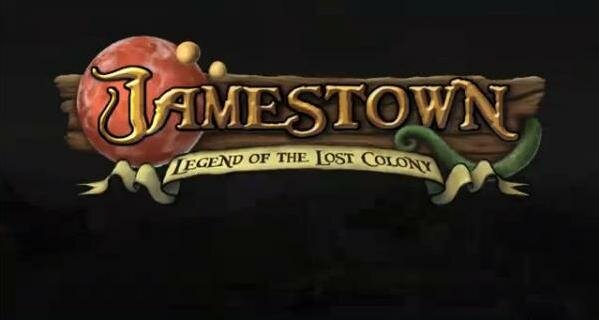 You know that point in history when we discovered America then fought in the Interstellar War? Yeah, that was pretty cool. Developers Final Form Games have created a colorful recreation of that war and named it Jamestown.  Based upon the British colony of the same name, "Jamestown: Legend of the Lost Colony" is a steampunk styled vertical shoot'em up that gives plenty of variety while offering a very tough experience that will keep fans of the franchise busy for a while.

Before anyone informs me in the comments, yes, I do realize that there was never a war in the 17th century against Martians. What makes Jamestown a completely different entry to one of the most flooded genres in gaming? You’ll have to read more to find out.

Love the Visual Style - Classic genres like shoot’em ups need a colorful or intriguing art style.  Despite how eagerly the player is paying attention to gameplay in the foreground, the little details in the background like the little British soldiers are also worthy of attention. This is definitely a category that Final Form won my heart over with. While most shoot’em ups have a simple art style as is the standard for the genre, the different colors used in Jamestown really meshed well in each level, except for the challenge levels where the enemies covered almost every pixel on the screen.

So Much Freakin’ Gameplay - To say that this game didn’t offer its money’s worth in gameplay would be not only a sin but also a lie. Though the game features only five base missions, you can replay the missions in several different ways: with each one of the four different ships, with one of the five different difficulties or play one of the twenty bonus levels which test your grit. If you were a shoot’em up master (which I am not), you could probably complete all of the content 100% after a good 15 hours of gameplay. When you are done playing it by yourself, invite a few friends over and you can play up to four players all on one screen for some good cooperative fun. Unfortunately, you can’t play online with friends.

Story? There’s a Story? - I’m sure some people may have actually enjoyed the weird colonists versus martians matchup but I didn’t come into the game expecting a good story and neither should you. The story is mainly about a particular character that ends up in prison and ends up leaving prison. It has absolutely nothing to do with the gameplay and I don’t get why they even try to create a story for any games in the genre.  Most game companies are realizing that some games just don’t need a story. Back in 2009, Paramount Digital Entertainment published a Star Trek game called D-A-C with absolutely no story at all. If a Star Trek game can have no story at all, other games can accomplish this while remaining successful.

How Do I Turn Off the Music? - To put it simple, the music is not original and really doesn’t bring anything positive to the experience other than filling in an audio void where there would be no sounds. As soon as I listened to all the tracks on each stage, I switched off the in-game music and put on my own.

What Separates the Game From Others? - Jamestown is a really great game but other than offering four-player local cooperative play there is really nothing different from the title when comparing it to other shoot’em ups. Final Form knew exactly what they needed to create a good game and they most definitely didn’t surpass anyone’s expectations for the title. It’s just a mechanically average game with an intriguing art style.


Jamestown: Legend of the Lost Colony offered up a great shoot ’em up experience, giving a lot of iterations of the same basic fun gameplay while offering up artistically appealing visuals. If you pass by the dull alternate-history storyline and put on your own music, you’ll have a great time playing this title. I’d recommend the title to those who are still fans of shoot 'em ups or if you are looking for an interesting title to introduce yourself to them, Jamestown could be exactly what you’ll need to get interested in the genre. If you are interested in the game, you can check it out over on Steam like I did.

Henry Hatsworth in the Puzzling Adventure