Gamestop settled on a lawsuit regarding the sale of used games that are missing DLC. Is this lawsuit a win for gamers or will this cause more problems for gamers? ... [read more]
Ninja Gaiden 3 Review
Posted on April 30, 2012 by Eduardo

I have not played any the current Ninja Gaiden games, so whenever I hear the name, I think back to the insanely hard NES series from back in the day.  Between those games, the recent Shinobi 3DS title and The Ninjawarriors, it is quite plain to see that games featuring ninja are supposed to be hard as hell.

Ninja Gaiden 3 features the continuing adventures of Ryu Hayabusa as he battles a mysterious group of alchemists.  Despite the '3' in the title, the game seems to be disconnected from the first two: it does not continue the story nor feature the antagonists from previous titles, and the ability to dismember one's opponents as in Ninja Gaiden 2 has been removed as well.

While the first two Ninja Gaiden games were well received, can 3 keep up the pace without well-known director Tomonobu Itagaki?

Good Looking Ninja - Ninja Gaiden 3 pulls off a realistic look without dropping too far into the uncanny valley.  Ryu looks good as he runs, jumps and slices his way through his enemies.  Weather effects, smooth animations and an orchestral soundtrack make the world come alive.

Angry Ninja - Ninja Gaiden 3 is one of those games that is good to play after a long day at work, especially if you deal with customers or the general public in any way.  Slicing and dicing your way through Hayabusa’s foes is very satisfying as your victims beg for mercy, scream in agony and blood sprays everywhere.

Big Boss Ninja - The game kicks things up a notch during the boss fights, in which Ryu takes on the Big Boss, various pieces of military hardware and a few other things I won't spoil here.  While accompanied by the occasional annoying quick time event, they are fun and present a decent challenge.

Boring Ninja - Ninja Gaiden 3 is as straightforward as it gets: the player battles through waves of cannon-fodder enemies while traversing a linear path, and then fights the end boss. There are no hidden items to find, no choices to make, really nothing much more to do besides kill and kill some more.  The gameplay is competent but very repetitive.

Poor Storytelling Ninja - The story just plain didn't make much sense, something about a cult cursing Ryu with the blood of everyone he's killed so his right arm gets all red and nasty but he can use its power to kill more people which is weird because usually the bad guys in these things are out to kill the player and his handler works with some werido scientist dude and she has a kid that she apparently takes to work.  Yeah.

Too Many Second Chances - In keeping with the 'hard as hell' theme that permeates games starring ninja, Ninja Gaiden 3 dished out a decent challenge.  I was expecting to get an ass-kicking by the game but it let me escape by the skin of my teeth just way too many times.  I was able to restore my health by either arriving at a checkpoint, saving the game, or by using either of the 'kill everyone in the immediate area' powers.  As odd as it sounds, I was disappointed on a certain level.

Ninja Also Make Poor Cameramen - The camera is zoomed in just a little too close to Ryu.  While this does give the player a great view of the action, it also makes it very easy for enemies to sneak up from -behind.  I found that I had to constantly reset the camera or move it around manually to make sure no one was sneaking up on me from behind.

Ninja Gaiden 3 is like a summer blockbuster movie: there are lots of big explosions and flashy set pieces, but it isn’t very deep and so you will spend the unexciting parts sitting around being bored as you wait for the next explosion to happen.  In this case, you have to slog through loads of cannon-fodder enemies before getting to the cool flashy end-level boss fight and nonsensical cut-scene.  Whatever it was that made the previous games so good is apparently missing from this one.  Perhaps it was Itagaki?  Who knows, but what it boils down to is that Ninja Gaiden 3 is a good looking game with very average gameplay. 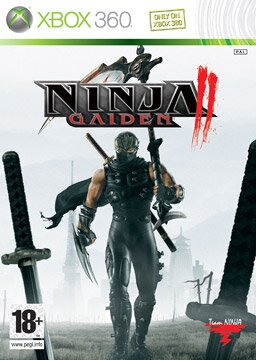 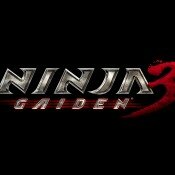