Gamestop settled on a lawsuit regarding the sale of used games that are missing DLC. Is this lawsuit a win for gamers or will this cause more problems for gamers? ... [read more]
Bloodforge Review
Posted on April 25, 2012 by Jack

One area that hasn’t been explored too much in terms of mythology is that of the Celts: a European tribal people heavily focused in Great Britain who were prominent during the time of the Roman Empire. Perhaps Skyrim is the closest we’ve come so far to anything vaguely Celtic in videogames, but that has changed with the release of Bloodforge. In Bloodforge, you take on the role of Crom, a Kratos-esque warrior who feels the need to shout all of his lines as if he’s trying to be scarier than he really is.

Taking on a hack-and-slash adventure through various mythological lands, Crom seeks the destruction of Arawn, the king of the underworld who was responsible for fooling Crom into killing his wife. Sound a little familiar yet? It should, as Bloodforge takes many of its cues from the God of War series, and places them in locations that could have been ripped straight from Skyrim. Does Bloodforge deserve a place amongst that videogame classic? Or should it hang its head in shame for attempting such a poor imitation of a gaming great?

This is the Future? - When I first fired up Bloodforge, I was pleasantly surprised by the presentation on offer. Bloodforge could easily fit amongst full retail games in terms of visuals, and the game design matches these high standards. Crom looks bad-ass in his deer-skull helmet, and the variety of enemies and secondary characters are all well-designed and realised. Even the voice-acting is done to a high standard, which is too often a rarity in downloadable titles.

Death of the Ancients - Bloodforge lives up to its gruesome name by including, surprise, surprise, a great deal of blood. You literally have to follow a giant trail of blood through the snow on some levels, and each enemy you kill gives you blood as currency to level-up Crom’s abilities. The gore on offer is increased further during combat as kill animations are plentiful.  The animations play out in delightfully brutal manners depending on the weapon you use.  Weapons range from swords to hammers to crossbows.

Seen it All Before - I don’t think that there was a single point in Bloodforge where I saw something that blew me away in terms of thinking outside of the box. Sure, the Celtic setting was different, but aside from that we have a familiar tale of treachery and revenge, scattered across a variety of mythological settings. During the course of the game you can collect a few upgrades which increase your health and mana, and boss battles end each level sequence.  The entire experience is incredibly linear, with only an occasional branching path (which ends in the same place) offering any player choice.

Fighting Dirty - Considering that combat is the main focus of Bloodforge (and is pretty much all you do), it’s amazing that it could have turned out as badly as it did. Enemies use a variety of cheap tactics, including blocking you in a corner and hitting you whilst you’re dodging, and each enemy attack takes off a sizeable chunk of your health, whilst your attacks seem to do minimal damage. The combat isn’t fluid in any sense, and occurs far too frequently. In some places it feels like I couldn’t take more than twenty steps without something attacking me, and each battle takes upwards of 5 minutes. The health system is skewed in a similar way, i.e. you can be involved in four of five different fights before you get the slightest reprieve in the way of health packs.

Crash Zoom - Dodgy camerawork is an unfortunate aspect of the majority of 3D games, and even some of the best games of recent times have locations where the camera snags on a piece of scenery, or where the angle could have been changed to make a certain section less frustrating for players. The camera in Bloodforge however, is intolerable. From the running motion which make it feel like you’re attempting to play whilst sitting on a bouncy castle, to the camera’s seeming desire to get you killed by going psycho in combat scenarios, it’s a wonder that Bloodforge is playable at all. In some fights you can’t see where you enemies are or when they’re about to attack, the camera refuses to focus on enemies at all, or it decides that the best course of action is to spin around maddeningly and hope that the player can keep up. If you suffer from motion-sickness, I advise staying well away from this game.


Bloodforge is definitely my most disappointing game of the year so far, and perhaps even of the past few years. Never before have I been so enthralled by the beginning of a game, and left so heartbroken and frustrated at the end of it. The setting and presentation of Bloodforge are impressive, but the execution of the gameplay leaves me wanting to smash my controller in a rage. What makes it worse is that it isn’t even like Bloodforge is trying anything new. Most of what is attempted here has been done before, and better, sometimes even on last-gen machines. Sure, the graphics are fancy, but if what is under the surface fails to meet the grade, what fun is there to be had? Bloodforge deserves to go on the ‘Excellent premise, terrible execution’ pile, and to stay there. 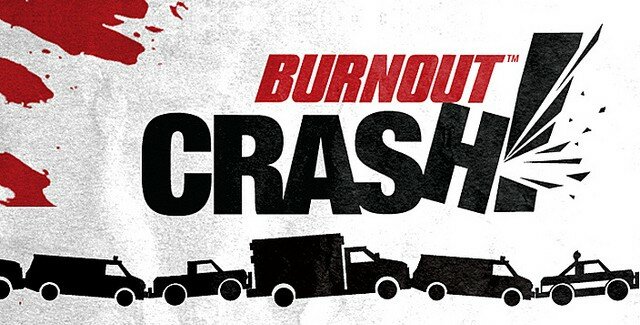