You might know this game as Secret of Mana 2, but this video is titled by the only name it was officially released as. This was a Japan exclusive game in the Mana series that many people aren't aware existed, but let's change that starting right now!... [read more]
5 Great Video Game Parodies
Posted on April 08, 2012 by Paige Carlson

Distraction: The most fun part of my week, distracting myself from the realities of life. The best distractions come in the form of short, and hilarious parodies. There are hundreds of humorous video game parodies online. Be aware: many parody fans have started by watching just one.  They spend hours moving from one video to the next. They watch throughout the night.  They are shocked: the clock blinks, it’s 6:00am, and it’s now time to get up and go to work. The parody fan is sleep deprived, but humored. Let me guide you in your distraction with this list of 5 fantastic video game parodies.

Ah: Video game villains. It’s the same story, over and over in the old games. The villains face off again and again with the heroes. There is one boss, one villain, Bowser, Darth Vader, Dr. Robotnik, with an endless supply of minions to fight for them. And yet, the hero always wins. Given, it does take skill on the part of the player, but I digress. There are very good points raised by these video game bosses. Why float in the middle of a large gaping hole, providing leverage?  Why only attack one at a time?  What’s so hard about keeping the hero from going to the right? These hard hitting questions are given to those minions, making them think about what they’re really doing with their lives. This video is from College Humor, and their other videos are just as amusing.

Dorkly Bits has to be my favorite video game parody maker of all. Their parodies are short, sweet, to the point, with the perfect punch lines. This video is one of my favorites, presenting a completely ridiculous situation from our favorite characters from Mortal Kombat. After all, who wouldn’t want to win friendship? But as we learn from the video, not all friendship is meant to be. And Baraka learns that the hard way as he crumples in a frozen mess. Awkward.  If you find yourself wanting more, I recommend "White Mages are Jerks" and "Awkward Double Dragon."

I have to admit. I’ve been a fan of Smosh and their videos for a long time. I know some readers might be rolling their eyes, but what can I say? I like to laugh. And their rap has made me laugh, and laugh hard. The lyrics are clever.  Link complains about people thinking his name is Zelda because Zelda is a girl’s name. The rap manages to go through an adventure, finding that Zelda is trapped and getting into a rap battle with Ganondorf. As a cosplayer myself, I am impressed by the attention to detail throughout the video, especially with Ganondorf, which was not easy to do because of his odd skin color and large body - neither of which the actor Anthony Padilla has. I was very impressed. The song is available for sale on iTunes, and the blooper reel offers a fun look into the production process.

I have only recently begun playing Plants vs. Zombies, and while it is definitely entertaining, earning the cherry bombs is when the gameplay really steps up. There is something amusing about blowing up a bunch of the undead, isn’t there? And every parody is that much better once Mario becomes involved. Why is that? I don’t know, but I do know that I always smile a little when I see that heroic plumber come into play. So we have Mario and explosions involving zombies from DaneBoe. I think that’s enough said about that.

Of course this list wouldn’t be complete without a Pokémon parody. There is so much to make fun of in both the animated and the video game series. Even the manga offers plenty of material. So out of all of the possible Pokémon parodies, I chose "Student vs Homework." It is clever and it makes me want to go and cry in a corner.  The parody is very true as it depicts the battle between a student and their homework. I’ve watched this video a few times and notice something new each time.  As a current college student, I feel the pain of the student.

These parodies come from larger chains of parodies and humorous videos: Dorkly Bits, DaneBoe, and Smosh. The videos are short and ask the questions asked by everyone playing a Mario or Sonic game, like “is Mario an arrogant jerk?” or “can Tails ever die?” Like popcorn, one small taste is rarely enough. The first one starts the hunger, the second carries the need for more, and then you are in a sea of hilarious questions and situations that are both familiar and completely new. Parodies showcase some of the best talent of video game fans, in wit and in the creation of these videos that respect the original games and provide gut-busting humor for both new and old players. 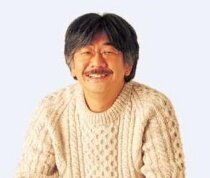