Gamestop settled on a lawsuit regarding the sale of used games that are missing DLC. Is this lawsuit a win for gamers or will this cause more problems for gamers? ... [read more]
EA crowned "Worst Company in America"
Posted on April 04, 2012 by OG

A yearly tradition by The Consumerist, the "Worst Company in America" competition pits various companies from different industries in a head-to-head battle where votes from readers decides who wins and who goes home.  A few weeks ago, we reported that Sony and EA were facing off in a battle that EA eventually won.   The winning didn't stop there, and now EA has the dubious title of "Worst Company in America."

EA had some stiff competition as it had to defeat Bank of America, you know that company that was one of main players in the U.S. financial crisis causing thousands of homes to be foreclosed and is now so big that it's "too big to fail."  Yup, that Bank of America couldn't compete with EA's harsh tactics, or maybe the Mass Effect 3 complainers decided to focus on the publisher of the game they've grown to loathe.  In any case, EA will receive the Golden Poo trophy from The Consumerist along with three different color pillows for the trophy that are exactly the same.

Oh, I see what you did there. 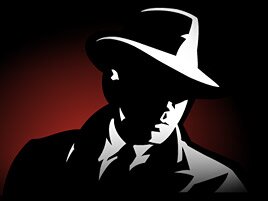 EA and Sony in running for Worst Company In America

EA to kill Rock Band for iPhone on May 31st