Gamestop settled on a lawsuit regarding the sale of used games that are missing DLC. Is this lawsuit a win for gamers or will this cause more problems for gamers? ... [read more]
Sega streamlines business due to poor fiscal year, may cancel games
Posted on March 31, 2012 by OG

It's been a hard year for Sega.  Sege announced that they are expecting their profits to drop from 38 billion yen ($462 million) to 20 billion yen ($243 million) causing them to layoff workers and cancel games.  Regarding the games to cancel, no particular titles have been mentioned, however Sega has declared that Sonic, Football Manager, Total War, and Aliens will be their focus.

Due to the challenging economic climate and significant changes within the interactive gaming industry, SEGA has made the decision to consolidate its publishing business in order to focus on developing digital content and driving its existing IP such as Sonic the Hedgehog, Total War, Football Manager and the Aliens franchise. This realignment of the business around existing and digital IP is a necessity to ensure that SEGA continues to invest and enhance its digital business offering, whilst reducing its reliance on traditional packaged goods.  As a result of the SEGA Sammy Board decision to consolidate the business, many of our internal functions will be re-structured and this could result in a number of redundancies within the publishing business across the Western organisation. The company will be entering into a re-structure phase to reflect the unprecedented change in our industry and to move the company forward appropriately. The changes will position SEGA as a content led organisation, maximising sales with a strong and balanced IP portfolio across both packaged and digital distribution. The management team are confident that the proposed restructure will benefit the company and make it fit for purpose within the changing nature of the industry over the coming years. 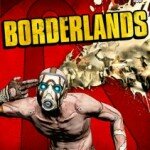