After receiving a huge amount of backlash over the decision to put Street Fighter X Tekken DLC character on-disc, it appears that Capcom is looking to change their ways. Unfortunately, it won't be starting with their next major release coming out next week, Dragon's Dogma.... [read more]

In addition to the news of a demo coming up fro Kingdom Hearts Dream Drop Distance, Square Enix has also finally released an English version of the trailer. ... [read more]

Normally I'm not one to post about a game's box art unless it's a game I'm really excited about, like Dishonored.   Being a fan of the Halo series,  and simply ... [read more]

Gamestop settled on a lawsuit regarding the sale of used games that are missing DLC. Is this lawsuit a win for gamers or will this cause more problems for gamers? ... [read more]
Order Up!! Review
Posted on March 27, 2012 by Eduardo

Games based around making food, as opposed to eating it, have been around since Peter Pepper ran around making giant burgers in the arcade classic Burgertime.  The successes of Diner Dash and Cooking Mama have bought about a new wave of games based on making food, with touch screens and motion controls adding an extra layer of immersion to the experience.

First appearing on the Wii, Order Up!! brings a serving of cooking-based mini-games onto the PlayStation 3 and adds a few extras to the original.  The game supports the PlayStation Move, but it is not required.  Is Order Up!! a four-star establishment, or just a dingy diner?

Easy as Pie - To prepare a dish, the player plays mini-games based on the activities needed to prepare each ingredient.  Slicing vegetables, flipping burgers, stirring pots of pasta and of course, making French fries.  Some customers will want spice added to their meal and guessing the right one to add will increase your tip.  The mini-games are very short, and the player is ranked according to their performance.  Once all of the mini-games for a plate are completed, the player can move on to the next one or even jump back and forth between orders.  Once all the plates in the order are completed, the player rings a bell to summon the waitperson to pick up the food.  The better the food and the faster it is prepared, the bigger the tip.

Cute as a Cupcake - Just like the other cooking games I mentioned earlier, Order Up!! is very light-hearted, with bright colorful cartoony graphics and uptempo music.  Each restaurant has its own theme and unique music and customers. For example, you’ll hear Mexican-inspired music in the El Fuego level and even have a Man With No Name-inspired customer who talks in a gravelly voice a la Clint Eastwood as a customer.

Limited Menu - Order Up’s gameplay is pretty shallow; you will play the same minigames over and over again and the same guests always want the same spices added, which eliminates some of the game’s challenge.  The minigames become repetitive fairly quickly and while new ones are slowly introduced as you go from restaurant to restaurant the game is a bit of a slog.

Pizza Everyday - In order to advance from one restaurant to the next you have to achieve four objectives all of which involve buying items with the coins you earn.  The game quickly becomes a grind as you play through each restaurant just to get to the next with little variation in gameplay.  If you don’t like repetition, Order Up!! is not the game for you.

Won’t Move You Without Move - While the Playstation Move is optional and the game can be played with a Dual Shock 3, the interface does not change to account for it.  You use the L stick to move a cursor around the screen, and you will find the cursor jumping around occasionally after you finish a minigame, which can cause minor delays, costing you tips.  The game plays well enough, but there are moments where the interface feels clunky.

While not the deepest or most engaging game around, Order Up!! should serve its intended audience of casual and younger players well with its cartoony aesthetic and simple gameplay.  It is fun at first, but as the repetition sinks in, more experienced players will be asking for the check and heading for the door.  The game’s lack of depth means players won’t find much to sink their teeth into.  Order Up!! is not a bad game, but it isn’t a very good one, either.  It’s a fun diversion for very casual players and kids, but most players will be better off staying at home, tossing a frozen dinner into the microwave and playing something else. 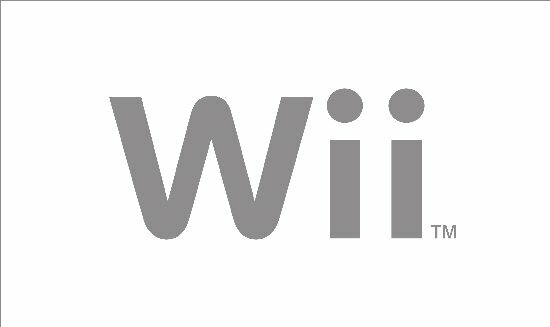