Gamestop settled on a lawsuit regarding the sale of used games that are missing DLC. Is this lawsuit a win for gamers or will this cause more problems for gamers? ... [read more]
Jennifer Hale: "The most difficult job I've ever done."
Posted on March 05, 2012 by OG

It's been more than 2 years since Jennifer Hale was on the Original Gamer Podcast.  Back then, she was merely hoping that Mass Effect 2 players would hear her voice.  Since then, Bioware has decided to make the female Commander Shepard, known as FemShep, to be just as unique as her male counterpart.   Thanks to her performance in Mass Effect 1 and 2, Jennifer has made is so that selecting a female character is much more than having a character model that's easy on the eyes.  instead, you get to experience a performance that transcends gender. 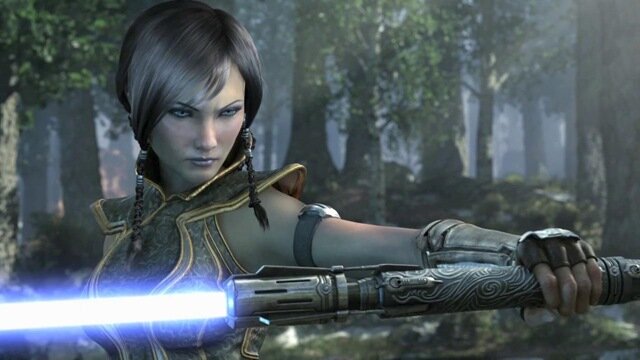 Yes, I am my own granddaughter.  Actually Bastila Shan (from SW: KOTOR) makes an appearance, Satele Shan (SWTOR), and also if you play as a female trooper (in SWTOR), I am you.

That's got to be cool.  You did this character way back when, and now you have this character that's been fleshed out through webcomics that you jump right into.

Yeah, it's awesome because she's carrying the Jedi traditions, yet she's a modern Jedi for the time, and Jedi is in her bones and in her blood.

Is there any difference from recording the SW: KOTOR versus recording from a MMORPG like SW: TOR?

Recording for a MMORPG requires multiple sessions.  For Mass Effect, I think Mark Meer (male Commander Shepard voice actor) had somewhere around 7000 lines, or something like that, and that takes a long time to get done because it accommodates the players.  There are so many options, and you have to cover all those eventualities.

What was the feeling being back in the Star Wars universe?

It was so awesome to be back in the Star Wars universe.  It sounds silly but it's always an honor to be a Jedi.  That's a really tall order, and it's a very specific order.  There are very few things like it in our world, and I would say that we need them.  We could use a few Jedi right now.  Yeah, it's great to jump back in because you kind of know the rules and structure, what are Jedis about, what are they after, and who the bad guys are, who the good guys are.  Everything is pretty clear, even when it's murky.  That's one of the things that I love about the Star Wars universe, you know where everything at.

Aside from Mass Effect and SW: TOR, you've been in other games like SOCOM 4 and Kingdom Hearts; Birth by Sleep, but I noticed there was one game that you've done that I have to talk about.  You were in Marvel vs. Capcom 3 as the voice of Phoenix, right?

And you have that one line that you say that transforms Phoenix into Dark Phoenix ("I can't control it!")?

I'm not sure how familiar you are with the fighting game scene, but that one line sends shivers down people's spines.  That line, once they hear it, you'll hear a cheer from the crowd or a lot of booing?

(Laugh) That's so awesome.  What are they booing me for?  Don't be hating.

Oh they're hating.   That Phoenix character was one of the reasons why they (Capcom) made Ultimate Marvel vs. Capcom.  You voice one of the characters that a lot of people really, really hate.  It's nothing to you, but they made her very powerful.  That line is also one of the only lines of the game that people will yell out if there's someone they really like that is playing Phoenix.  People that lose to her will go to the bar and drink so they can get that one line out of their head. 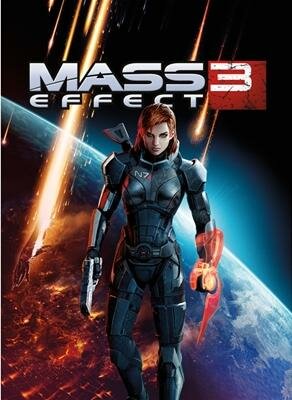 Let's talk about the big project.  The end of the trilogy, Mass Effect 3.  Not only do you have a name, FemShep, but you also have a character model now.

I know, I'm on the box!  Turn the cover around and I'm on the reverse side of the box.  I'm so happy.

Last time that we talked, it was about how you were hoping that people would play as you and hear you.  Now, after Mass Effect 2, you're almost the preferred voice now.

Oh that's so sweet.  FemShep and the box art have come about because of the fans.  People responded and told Bioware what they wanted, and that is so awesome.  It is a huge thank you to every single one of you guys.  It's just awesome and it's been an awesome experience.  With the launch, I think I'm going to Universal City here in L.A. on March 5th for the kickoff, it's going to be a huge blast.

While reading the script, were there any moments that you just had stop and ask "Is this really happening?  Am I reading this right?"

I had moments that were like "Woah really?"  Because it's bigger and more intense.  It's huge in every way.

One thing that Mass Effect series is known for are those "intimate" scenes.  Did you have reactions while reading through those parts?

I'm not going tell you anything about that.  I'll let you guys find out.

Bioware has been pushing the envelope in a sense, and there's talks about "OMG, what is Commander Shepard is gay!?"

You know, it's a reflection of our world.  Let's embrace it.  These things exist in our actual worlds so lets have them in our virtual world.  I'm not saying what they did or didn't do, but Bioware is cutting edge. 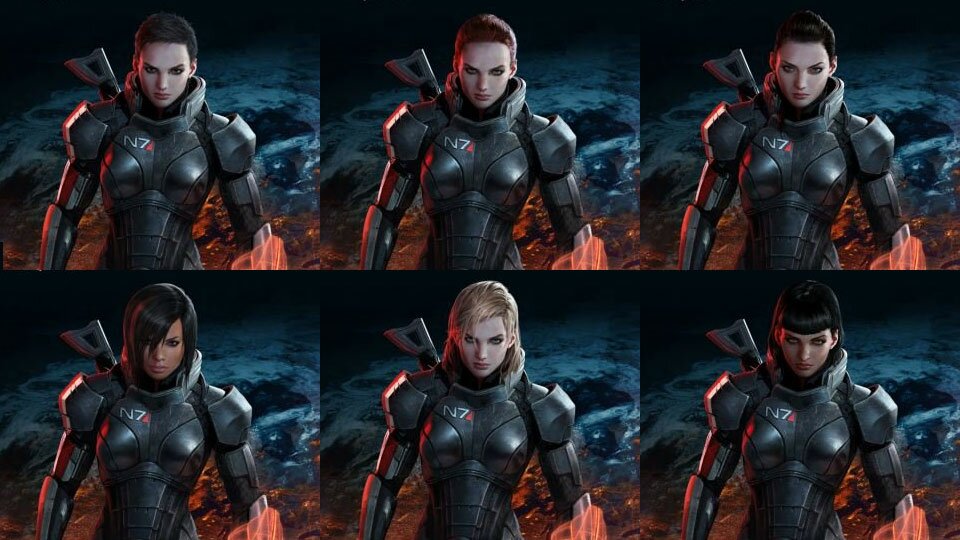 One of the Bioware writers (Jennifer Helper) received a lot of flack over a lot of stuff that's going on with Bioware.  When you heard about that, what you think?

She was talking about how she wasn't a game player, and I didn't get the full depth [sic].  I didn't do full research on it, but what I saw was that she said she wasn't a gamer.  I guess that made some gamers angry.  I think she may not have been treated very fairly, and I stand behind her and everyone on the Bioware team.  I think everybody is working their butt off to make amazing stuff, and we should support them in that.

I think it wasn't the Mass Effect series, but more of the Dragon Age series.  There are so many people obsessed with that hatred for the game (Dragon Age 2) that they're just going after Bioware.

It always interests me when people go on a tear, and go after something like that, especially something artistic.  People are trying their best, and trying to make something creative, interesting, and meaningful.  Take all that energy that you're spending on hating, and turn it into something else.  I would ask them to not focus on what's pissing them off as much as what they can do to make anything better.

I would have to say that you may want to get your flameshield up, depending on how the game turns out.  John St. John, the voice of Duke Nukem, was flooded with hate because of the game (Duke Nukem Forever).  Fair warning, lady.

It's hard to say that Mass Effect 3 could turn out bad but...

I've seen, I've seen it.  It is AWE-SOME!  A lot of it is about people expectations too.  People have preconceived ideas of what they're going to see or experience, then yeah they probably have some disappointments.  But if you just let it all go, and open your mind to what's coming, it's AMAZING.

At end of the recording, was there a touchy moment when it was done?

I have to say, recording the end scenes was the most difficult job I've ever done.  They're really well written, and they've really worked on the writing this time.  Not that they don't, but they've take it to the next level.  It was a joy to do.  Some of those later in-game scenes are very intense.  One of the things about Shepard this time, Shep's tired.  Everything is so much more intense this time and Shepard's tired, and that lid on the emotions that Shepard keeps is starting to wear thing.  You start seeing that human side.

This is supposed to be the end of a trilogy, but with all the trilogies gaming has had, none of them really end.  Was there a sentimental goodbye or was it just the end of another job?

No, no, no, total sentimental attachment to this project.  I love this character, I love this trilogy, I love this experience, I love the people I'm working with.  Everyone at Bioware, they're terrific.  The other actors in the series are fantastic, both the names you know and the names you don't .  There are amazing people working on this.  It's just been an incredible experience, and what a killer character to play.  You only get to break ground once, to play a character like FemShep, and to break that wall primarily occupied by men, that was a singular experience and a cool one to have.

Commander Shepard Hopes You Will Hear Her Voice