It’s time to prepare yourself for the 9 months of DLC content for Modern Warfare 3.  That’s right, 9 MONTHS.  Activision is calling it Modern Warfare 3 Content Season for Call of Duty Elite, and it’s starting January 24th with the release of 2 new multiplayer maps, Libertarian and Piazza.  Over the next 3 months, 5 content drops will be released for the game with a total 20 drops planned through September.

The DLC will vary from multiplayer maps, Special Ops Missions, new game modes and more with Call of Duty Elite premium members getting first access.  If you’re not a premium member, you can pick and choose what DLC you want to buy like before through Modern Warfare 3 Content Collections.  No price was given for this content, but safe to say that if you hate the Call of Duty series, you’ve probably already raged all over your keyboard over this news so it really doesn’t matter to you does it?

All content drops for Call of Duty Elite premium members will occur once a month, starting in January for Xbox Live users and will continue through the year, ending in September.  During the first three months of 2012, Activision will release five different content drops on three occasions in January, February and March, first on Xbox Live, followed by additional platforms at a later time.

The first two Content Drops will be multiplayer maps—also playable in Modern Warfare 3 Survival Mode—that throw combatants into a war-torn Central Park and an Italian seaside village.  Liberation is a vast, militarized landscape, ripe for long-range sniper and LMG fire, with mounted turrets on either end that lend power to anyone brave enough to expose themselves in exchange for deadly firepower.  Piazza is the idyllic Italian getaway that is anything but, where tight corners and branching pathways pose great risk at every turn. Close-range combat dominates in Piazza, where attacks from behind, above and below are an ever-constant threat.

The third Content Drop will be available for download in mid-February and two additional Content Drops will go live in March, as premium Call of Duty Elite members will receive new content once a month through September. Also in March, the first Modern Warfare 3 Content Collection will be available for purchase by the entire Call of Duty: MW3 player community on Xbox Live.

Activision maintains operations in the U.S., Canada, the United Kingdom, France, Germany, Ireland, Italy, Sweden, Spain, Norway, Denmark, the Netherlands, Australia, South Korea, China and the region of Taiwan. More information about Activision and its products can be found on the company's website, www.activision.com.

Cautionary Note Regarding Forward-looking Statements:  Information in this press release that involves Activision Blizzard's expectations, plans, intentions or strategies regarding the future, including statements under the heading "Company Outlook," are forward-looking statements that are not facts and involve a number of risks and uncertainties.    Activision Blizzard generally uses words such as "outlook," "will,"  "could," "should," "would," "might," "to be," "plans," "believes," "may," "expects," "intends," "anticipates," "estimate," "future," "plan," "positioned," "potential," "project," "remain," "scheduled," "set to," "subject to," "upcoming" and similar expressions to identify forward-looking statements.  Factors that could cause Activision Blizzard's actual future results to differ materially from those expressed in the forward-looking statements set forth in this release include, but are not limited to, sales levels of Activision Blizzard's titles, increasing concentration of titles, shifts in consumer spending trends, the impact of the current macroeconomic environment and market conditions within the video game industry, Activision Blizzard's ability to predict consumer preferences, including interest in specific genres such as first-person action and massively multiplayer online games and preferences among competing hardware platforms, the seasonal and cyclical nature of the interactive game market, changing business models including digital and used games, competition, including from used games and other forms of entertainment, possible declines in software pricing, product returns and price protection, product delays, adoption rate and availability of new hardware (including peripherals) and related software, rapid changes in technology and industry standards, litigation risks and associated costs, protection of proprietary rights, maintenance of relationships with key personnel, customers, licensees, licensors, vendors, and third-party developers, including the ability to attract, retain and develop key personnel and developers that can create high quality "hit" titles, counterparty risks relating to customers, licensees, licensors and manufacturers, domestic and international economic, financial and political conditions and policies, foreign exchange rates and tax rates, and the identification of suitable future acquisition opportunities and potential challenges associated with geographic expansion, and the other  factors  identified in the risk factors section of Activision Blizzard's most recent annual report on Form 10-K.   The forward-looking statements in this release are based upon information available to Activision Blizzard as of the date of this release, and Activision Blizzard assumes no obligation to update any such forward-looking statements.  Although these forward-looking statements are believed to be true when made, they may ultimately prove to be incorrect. These statements are not guarantees of the future performance of Activision Blizzard and are subject to risks, uncertainties and other factors, some of which are beyond its control and may cause actual results to differ materially from current expectations.

ACTIVISION, CALL OF DUTY,MODERN WARFARE and MW3 are registered trademarks is a trademark of Activision Publishing, Inc. All other trademarks and trade names are the properties of their respective owners.

Xbox 360 and Xbox LIVE are either registered trademarks or trademarks of Microsoft Corporation. 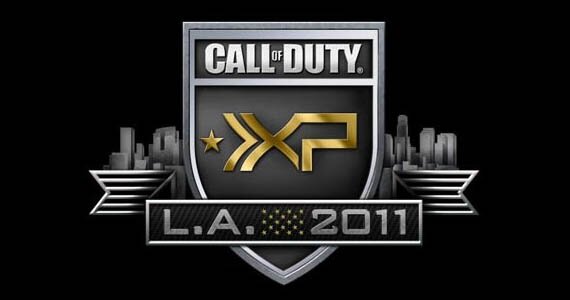