Ultimate Marvel vs. Capcom 3 DLC will be limited to costume packs

2011 was not a good year for Netflix.  Actually let me rephrase that, 2011 was the year Netflix screwed themselves over again and again.  First they increased the price of their ... [read more]

Another Final Fantasy XIII-2 trailer and news about Lightning DLC

Square Enix released their 73rd trailer for Final Fantasy XIII-2, or at least that’s what it feels like, where they show a bit of everything you can do in the game. You know, if you piece all the footage together from these trailers, you could probably make a video that i... [read more]

PixelJunk Sidescroller is now available via PSN; in the game players attempt to blast their way through waves of enemy craft and copious amounts of deadly weaponry. Does this revival of a beloved old-school genre deserve your attention, or should it be consigned to the pile ... [read more]

In a time where Call of Duty seemingly runs the gaming world, the question every year come up of just who is going to take down that juggernaut. Here comes Battlefield 3 hoping to be the title to bring down the Goliath of gaming known as CoD. With a proven track record, DI... [read more]

Bungie have now retired from the Halo series and have handed the baton onto the specially formed 343 Industries (343i). Faced with the challenge of keeping the series living up to the gargantuan expectations of the average rabid Halo fan, 343i made the decision to cut their ... [read more]

Time for O.G. to uncover the actualy storyline of this godforsaken game. ... [read more]

8-Bit Eric looks at the Resident Evil: Revelation demo, and gives you some of his impressions of it. ... [read more]
Sonic CD Review
Posted on January 04, 2012 by Joel 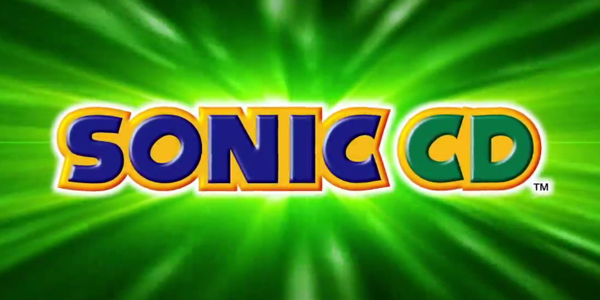 Sonic CD has attained an almost legendary status over the years as one of the most underplayed Sonic The Hedgehog games in existence. It had an unfortunate release on a failed expansion kit; the dismal Sega CD attachment for the Sega Genesis, and has only been re-released two times since, on the PC and on the Gamecube, respectively. With the release of Sonic Generations, it was announced once again on the PS3, Xbox 360 and iPhone with the full HD treatment and original Japanese soundtrack in tow. Now that it has finally been released, is it a spin dash across the finish line?

SONIC MADE A GOOD FUTURE

Forward Thinking Mechanics - The biggest addition to Sonic CD is the time travel system which allows Sonic to travel into the past and the future, which are essentially alternate versions of the current level he is in. In order to finish the game and get the best ending, Sonic has to destroy robot making machines in the past of each and every level act in order to make a good future by the third act of each zone. The mechanic is a neat addition which offers a lot of variety in the levels, and the challenge of gaining enough consistent momentum to propel Sonic through time is actually part of the level design, with certain devices and stretches put in place to facilitate this, making each level a bit puzzle-like in its implementation. In a game where the main goal is to hold right until the finish line, this mechanic is a fun, welcome diversion.

Sonic BOOOOOM, Sonic BOOOOOM - Sonic CD might have one of the most catchy soundtracks ever heard, especially the Japanese version of the game. In this re-release, we are given the added benefit of getting the best of both worlds as both the Japanese and North American soundtrack by Spencer Nilsen are present here and selectable from the main menu. This fact alone makes time travel worth while, as there are a whopping four different tracks for each Zone, all designed for the different times Sonic is able to travel to. The Japanese soundtrack is certainly more cohesive than the North American one, with each track being a slight variation of one another.  Spencer Nilsen did a really good job of creating music that was unique and compelling, so both are worth listening to.

A Few Extra Goodies - Apart from the standard level structure, Sonic CD has quite a bit of bonus material to keep players entertained. The faux 3D bonus stages are challenging and fun, and the presence of a time trial mode allows players to play any previously unlocked level or bonus stage at their leisure. Add to this several unlockables depending on the speed players can complete these trials, and you have a game that is worth going back to and mastering if you want to see everything it has to offer.

BUT THE FUTURE REFUSED TO CHANGE...

A High Speed Headache - One of the biggest complaints I hear about Sonic CD is the chaotic level design, and I would have to agree for the most part. Having to travel into the past in each level and find the robot machines can be an extremely frustrating task, and the limited number of sign posts and the fact that your time travel ability can be so easily stopped in its tracks at the loss of momentum makes these even more annoying. On top of that, there are signposts scattered throughout the stage which take you into the future; a completely useless road block that does nothing more than inconvenience players, who will then need to travel back to the present and then into the past if it happens, making an already gargantuan challenge even more unobtainable.

Yawn Inducing Fluff - The hidden unlockables excluding the recently added ability to unlock Tails as a playable character are almost completely worthless offerings. The sleep-inducing D.A. Garden, which acts as little more than a graphical sound test is laughable and pointless.  Hidden artwork and pencil tests, though very cool Easter eggs back in the day, have become totally moot in the world of the internet where these things can be seen on fan sites and YouTube videos in a fraction of the time it would take to unlock them. This is a minor complaint since this is an old game, but one that ruins any motivation to put the work into completing this game the right way. Leaderboards are a nice way to off put this problem, but since they are usually notoriously exploited in a matter of days, being littered with illegitimate scores, I don't personally see them as much of a worthwhile addition to anyone but the most masochistic and obsessive of gamers.

Sonic CD is a decent 2D Sonic title that was unfortunately lost in the shuffle on release and never got the attention it deserved. It's clear that a lot of work went into making this particular port a worthwhile one, so even if you do happen to own the Sonic Gems collection, this is a vastly superior version of a fun Sonic game that you will not want to pass up. The Japanese soundtrack alone is worth the price of admission, but the widescreen presentation and added bonus of being able to play through as Tails are cool incentives that deserve your hard earned money.

Are you excited for Resident Evil 6?