Gamestop settled on a lawsuit regarding the sale of used games that are missing DLC. Is this lawsuit a win for gamers or will this cause more problems for gamers? ... [read more]
Shinobi Review
Posted on December 24, 2011 by Eduardo

I remember playing Shinobi in the arcades back in the day.  In addition to being one of the first arcade games to feature ninjas, Shinobi is fondly remembered for its side-scrolling action and first-person bonus levels that featured the character flinging shurikens at waves of oncoming enemy ninjas.

Following that debut, a number of Shinobi games were released for various Sega systems in the late 80s and early 90’s.  Following Sega’s decision to become a third-party publisher in 2001, two Shinobi games were released for the Playstation 2 in 2002 and 2003 where the series made the jump to 3D gameplay.  Nearly a decade later, a new Shinobi sneaks onto the Nintendo 3DS, bringing the series back to its 2D roots.  This review is based on a playthrough of about 3/4 of the game on Normal difficulty because at the rate I'm going I won't be finished with it until 2012.

Old Ninja, New Tricks - Shinobi follows the formula established by the original arcade game: you run and jump from left to right slashing, stabbing and slinging throwing knives (kunai) at everyone and everything that stands in your way.  In addition to running and jumping, Shinobi can now hang from ceilings, use a grapple to reach higher platforms, double-jump, parry, and use ninja magic.  Ninja magic can be used to temporarily boost the effectiveness of kunai, increase jumping ability, grant temporary invincibility, or allow the Shinobi to absorb three hits without losing health.  A hidden coin in each level even unlocks a bonus mini-game similar to the bonus level from the original game.

Ninja Hard - The game’s difficulty is best described as “NES hard,” also known as “throw your controller at the wall hard.”  Luckily for my 3DS, I don’t have such tendencies, but I had to replay some sections quite a few times.  While you can block nearly every attack in the game with the R button, the margin of error to do so is razor-thin, and you can’t just keep the block held down, either.  The game is fair, though; when I died, it felt that it was due to my own poor execution, as opposed to the game being cheap.  The frustration of getting killed repeatedly ultimately gives way to the satisfaction of kicking ass and taking names as your skills improve, though.  If challenging games aren’t your thing, then feel free to put this into the ‘bad’ section.

Busy Ninja - With multiple difficulty levels, achievements, hidden coins and StreetPass Challenge stages to unlock, there is quite a bit of game here.  While the game only consists of eight levels, they are of decent length, and they will take some time to play through even if you don’t die multiple times in each one.  The challenge stages visually resemble the VR Mode missions from Metal Gear Solid and have to be completed without taking a single hit.

Funny Ninja - While the game itself is deadly serious, the text that accompanies the loading screens and achievements have a tongue-in-cheek humor to them.  There are even ‘bad’ achievements for things such as dying by falling into lava and so on.  This helps break up the action and even relieves just a little bit of the frustration.

High Scoring Ninja - Shinobi keeps track of your score as you slice your way through its levels and gives you a rank at the end.  Higher scores and rankings are achieved by increasing your multiplier by executing consecutive attacks without getting hit.  Getting killed and using magic decrease your score, so you will have to have reflexes as fast as...well, a ninja to get those coveted ‘S’ rankings.

Silent Assassins Don’t Make for Good Storytellers - I have no idea what the story of Shinobi is about and to be honest, I don’t care.  The game begins in feudal Japan then jumps into The Future with aircraft carriers, helicopters, chain-gun wielding robots, and giant mechanical sharks that sadly, don’t have any fricking laser beams.  The cutscenes look nice and even have some narration but they don’t help in progressing what little narrative there is.  This is an arcade game, though, so suffice it to say there is some Big Bad Guy that needs to be taken out along with all of his henchmen and bosses.

Only One Ninja at a TIme - There is only save slot in Shinobi, which is unfortunate given the difficulty level of the game.  The only thing probably more frustrating than the game itself is discovering your save was wiped because somebody started a new game without your knowledge.

Ninja Trial and Error - At its core, Shinobi is an arcade game through and through, so that means plenty of do-overs as you slog your way through it.  Old-school gamers will shrug their shoulders, because that’s the way it was, and we liked it, but less-patient gamers won’t be able to handle it.

Superfluous 3D - The 3D effect is only used to provide depth to the 2D levels, and while it makes the bonus stages and going around corners look pretty cool, it really doesn’t do much beyond that. I left it off the majority of the time because the split-second it would take to lose and regain the 3D effect could easily cost me a life.

Shinobi is a great example of how to remake an arcade game for modern times.  Griptonite Games took the basic gameplay of the original and ‘plussed’ it.  Shinobi gained some moves, the stages became longer, minibosses were added, and the scoring system implemented the ever-popular ranking system we’re all come to know and love over the years.  The result is a deeper experience that modern and retro gamers can appreciate, but the tough-as-nails difficulty may turn off gamers raised on a diet of cheat codes and strategy guides.  The game also looks and sounds nice, but doesn’t really do much with the whole ‘3D’ thing.  If you are looking for an old-school challenge, Shinobi will provide you with hours of frustration and fun. 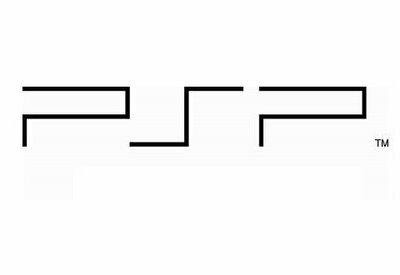