Ultimate Marvel vs. Capcom 3 DLC will be limited to costume packs

2011 was not a good year for Netflix.  Actually let me rephrase that, 2011 was the year Netflix screwed themselves over again and again.  First they increased the price of their ... [read more]

Another Final Fantasy XIII-2 trailer and news about Lightning DLC

Square Enix released their 73rd trailer for Final Fantasy XIII-2, or at least that’s what it feels like, where they show a bit of everything you can do in the game. You know, if you piece all the footage together from these trailers, you could probably make a video that i... [read more]

PixelJunk Sidescroller is now available via PSN; in the game players attempt to blast their way through waves of enemy craft and copious amounts of deadly weaponry. Does this revival of a beloved old-school genre deserve your attention, or should it be consigned to the pile ... [read more]

In a time where Call of Duty seemingly runs the gaming world, the question every year come up of just who is going to take down that juggernaut. Here comes Battlefield 3 hoping to be the title to bring down the Goliath of gaming known as CoD. With a proven track record, DI... [read more]

Bungie have now retired from the Halo series and have handed the baton onto the specially formed 343 Industries (343i). Faced with the challenge of keeping the series living up to the gargantuan expectations of the average rabid Halo fan, 343i made the decision to cut their ... [read more]

Time for O.G. to uncover the actualy storyline of this godforsaken game. ... [read more]

8-Bit Eric looks at the Resident Evil: Revelation demo, and gives you some of his impressions of it. ... [read more]
Sega Bass Fishing Review
Posted on December 15, 2011 by Jack 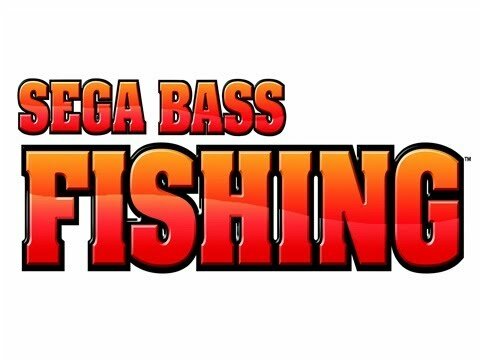 Much like golf, darts, or ten-pin bowling, fishing is one of those activities which will always be at the centre of a debate of what is the difference between a sport and a pastime. However, in similar fashion to the Cabela hunting games, Sega Bass Fishing is classified by gaming standards as lying in the sports genre, so I guess that’s one strike for the fishing purists out there. Originally released on the Dreamcast in 1999, Sega Bass Fishing was re-released on the Xbox 360 as part of the Dreamcast Collection, alongside Sonic Adventure, Crazy Taxi and Space Channel 5: Part Two. Sega Bass Fishing received decent review scores upon its original release, but does the game still hold up today, or should you seek different waters to cast your line into?

So Very Alluring - Sega Bass Fishing has enough content for a long, relaxing session of fishing. With a selection of different lakes, each with three different cast-off points, a number of lures to use and unlock, each with different properties and benefits, and a good variety of different fish to catch, there is plenty to see and do.  If fishing is your thing, then you will find plenty to enjoy here.

Fishing Almanac - Considering the time that it was released, Sega Bass Fishing contains a lot of variables which determine whether or not your fishing trip will be a successful one. With the time of day and weather effects determining where or when fish will appear, you really have to be conscious of what’s going on outside of the water to be successful in the water. There’s a lot to think about, and when you include the different types of lures to choose from, you can’t just cast your line and just hope for the best.

A Leisurely Pastime - Much of your time in Sega Bass Fishing will be spent watching your lure, and wiggling it back and forth in an attempt to snare a fish. Once you have a bite, however, the excitement kicks in, with a genuinely tense (no pun intended) line tension minigame. You actually feel like you have a fight on your hands as you balance between giving the line slack and reeling it in, and you’re fighting against the clock as well, so you will certainly experience some frantic fishing.

That’s One Ugly Fish - Sega Bass Fishing was originally a last-generation release, and it shows.  Although it doesn’t hinder gameplay, environments are minimal, ranging from a bridge, to a log cabin, to a boat dock. Other than that, there’s not much to be looking at. The view under the water isn’t much more impressive.  An occasional rock or limp piece of seaweed all you’re going to get. Coupled with a clunky menu system, Sega Bass Fishing is not appealing to look at.

Sittin’ On The Dock Of The Bay (For Eternity) - Sega Bass Fishing’s greatest strength is also its greatest weakness: it’s a fishing game. For those who love fishing, that’s great news, but if you’re not so keen, then there isn’t much to appeal to you here. You cast a line, wait for a bite, reel it in (or lose it), then try again. There really isn’t much else to it. For a short burst of gaming, Sega Bass Fishing doesn’t get too boring, but if you’re expecting to spend a whole day playing it (which is what fishing is really all about), then you will get frustrated with the repetition on show here.

Fishing is a niche pastime, with riverbanks usually populated by middle-aged men who aren’t exactly known for their gaming prowess. On the other hand, gaming is catered to a younger generation, with borderline attention deficiency and a palate for fast-paced, ever-changing gameplay the norm. It seems as though these two activities should almost never be combined, although it’s not for this reason that Sega Bass Fishing isn’t going to score highly in this review. Clunky controls, poor visuals and a limited experience reduce this game to a must-buy only if you’re a fishing aficionado. There’s enough information here to help you stumble through if you’re determined to give it a go, but don’t expect to catch a whopper.

Are you excited for Resident Evil 6?