Sackboy has a need for speed in LittleBigPlanet Karting

Theatrhythm Final Fantasy coming to the U.S. this Summer

When I first heard about a Final Fantasy rhythm game, I was thrown for a loop. It never dawned on me that it could even work, well actually if it works is still up in the air. Theatrhythm Final Fantasy for the 3DS will have more than 70 songs from the Final Fantasy games i... [read more]

We finally get to see some Far Cry 3 gameplay in the newest trailer from Ubisoft. From a gameplay aspect, there doesn't seem to be anything really "new" from your typical FPS game, with the exception of being able to use a knife for more than just melee attacks. There does... [read more]

Combining the realms of 2D and 3D, Capcom and Namco have teamed up to bring us Street Fighter x Tekken. Why is this so important? Capcom is attempting to bring both sides of the fighting game community together, which in itself is an extremely daunting task. This edition bri... [read more]

The end is almost near.... [read more]
Question of the Month: What do you not like about gaming today?
Posted on September 29, 2011 by OG

What makes the writers of www.Original-Gamer.com tick when it comes to gaming these days?

My biggest complaint with gaming right now is that games have become a bit too dark for my taste.  Watching grizzled protagonists blast, tromp and scowl their way through brown-grey worlds and hordes of enemies has gotten boring.  I can't wait for Ratchet and Clank: All-4-One and Sly 4 to bring a splash of color and fun to my PS3. - Eduardo

Probably the main thing so far that I don't like about gaming is the lack of new story lines for older titles that are rebooted.  Yes, there have been a lot of game titles that have old school names, but all that has been done is that the graphics are now in hd. That's cool to an extent.  There are so many classic games that can make it into the new generation of gaming.  Games like Shinobi, Altered Beast, hell, even Streets of Rage can have a whole new story.  It's time to go back into the archives of gaming history, pull out those classic gems and give them some new life.  I'm tired of playing with ghosts. - Harlem

What I dislike most about gaming is very simple: I don't have any friggin' time to do it anymore.  Gaming is better than ever. There are options for literally everyone across multiple successful platforms, and hundreds of new games come out every year. The biggest problem is that as I grow older and babies and wives and work become my main focus, I have less and less time to play all of them. Some arrogant jerks are complaining there are no good games anymore. Well, screw them! There are plenty of good games coming out all the time; if the sky started raining diamonds tomorrow, these morons would whine about having to carry an umbrella.  Gee, now that I think of it, maybe it's gamers that I dislike...bunch of entitled, arrogant jerks. - Joel

What I don’t like about gaming today is gaming journalism. There are some people out there that really tick me off. One example that is still fresh in my mind is the interview Angry Joe did with Seth Killian. I know that Joe isn’t a “professional” journalist, but that’s not a good enough excuse. Doing research on someone before an interview and giving them the respect that they deserve is Journalism 101. Another example are the accusations of plagiarism being thrown at the Hip Hop Gamer. Citing your sources isn’t just Journalism 101, it’s something you learn in junior high.  If we are to grow as an industry we have to adhere to at least the basic journalistic standards in order to bring the best and most reliable coverage to our readers. - Mike V.

What I hate most about gaming today is not so much about gaming itself, but is definitely related. I buy a lot of games. I take care of my games. I’m not one of those guys who use discs for coasters, or Frisbees, or covers them in glue and makes castles out of them. Therefore, I am not interested in a ‘disc-protection plan’ or any such bollocks that you try to force upon me at the checkout. I merely wish to choose a game, give you my money and run home so I can enjoy my new shiny, shooty goodness. In fact, if you offer me the plan too vigorously then I will ensure that your discs are even more protected than you bargained for, as they will stay in their cases in your store, as I do my business elsewhere.

You know what really grinds my gears?  Sorry I had to use that, but what grinds my gears are online passes.  Companies, to this day, have still not given a legit reason for online passes.  Some have said it’s for server upkeep.  I find that lacking as an explanation because many other companies have been able to offer servers for quite some time without charging extra.  The most honest answer has come from Ed Boon of NetherRealm Studios who said that the passes are there for them to recoup money from development costs.  While that’s very noble, Ed, you are only hurting the legacy of your game with the Kombat Pass.   It even boggles my mind even more considering that Mortal Kombat is such a strong franchise that it’s practically guaranteed that it’ll sell millions.  Game companies need to realize that by making online play an extra charge for those that bought the game used, they are also limiting the influence they can have on a gamer.  Instead of possibly gaining a new lifelong fan of a series, they instead get to be labeled (fairly or not) as greedy douches. - O.G 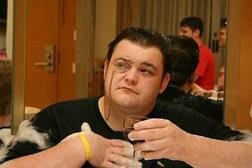 Why the industry needs to change the used games market. Not kill it.