You might know this game as Secret of Mana 2, but this video is titled by the only name it was officially released as. This was a Japan exclusive game in the Mana series that many people aren't aware existed, but let's change that starting right now!... [read more]
E3 2011: Microsoft Press Conference Highlights
Posted on June 06, 2011 by Eduardo

"The Future is Revealed" is what Microsoft called their press conference, and from what they showed, the future appeared to be Kinect.

The presser started out with some Modern Warfare 3 gameplay. The demo started out underwater as a team pursued a a Russian sub in order to plant a mine on it. After detonating their mines, the sub surfaced and the squad infiltrated the sub, reached the missile launch control room, and launched the sub's payload.

Next up was the latest entry in the Tomb Raider franchise, which features a younger Lara on her very first adventure. She is stranded on an island and captured; the demo showed her tied up dangling upside down in a cavern. She frees herself by setting herself on fire and then races through the crumbling cave in order to make her escape. This isn't the confident kick-ass Lara that we've come to know over the years, instead, she is clearly frightened by the situation.

EA Sports announced that four of their upcoming titles will support Kinect: Tiger Woods PGA Tour, Madden, FIFA, and a fourth game to be announced.

Bioware showed off Mass Effect 3. This will be a brand new adventure with "kick-ass action in an epic sci-fi universe." Kinect voice support allows the player to actually speak the dialogue choices and issue commands to squadmates vocally.

Ubisoft showed off Tom Clancy Ghost Recon: Future Solider. In addition to the usual gameplay, the new Gunsmith system will allow players to completely customize their weapons from stock to sight, and Kinect support will also be included.

Moving to the entertainment side, Microsoft also talked about their new Xbox Live TV service which will also provide local live channels. Bing search will be added to the 360 dashboard, allowing players to quickly find content.

UFC President Dana White was on hand to announce that UFC was coming to Xbox Live with on-demand events and pay-per-view.

Moving on to Xbox 360 exclusives: a clip from the Gears of War 3 campaign was shown. Ryse is a bloody Kinect game set during the days of the Roman Empire and will probably be the first M-rated Kinect game. Halo Anniversary will feature a remastered campaign from the first Halo to include co-op and remastered multiplayer maps. [LINK] Forza 4 and Fable: The Journey were shown, and Minecraft will make its console debut on the 360.

Moving onto more family-friendly fare, Kinect Disneyland Adventures features a virtual Disneyland as well as ride-themed minigames. Kinect Star Wars brings motion control to a galaxy far far away with podracing, action sequences with lightsabers and Force powers, and air and space battles. Sesame Street: Once Upon A Monster brings Cookie Monster and Elmo onto the system for some kiddie Kinect fun.

Last, but certainly not least, a teaser trailer for Halo 4 was shown with the current release target being Holiday 2012. [LINK] 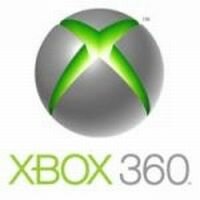