Well you might as well call this week "Assassin’s Creed III Week" which is much better than "Sexual Harassment in Fighting Games Awar... [read more]

Rockstar Games producer and voice of Grand Theft Auto Lazlow Jones paid a visit to his friends at the Opie and Anthony Show on Sirius XM Satellite Radio to talk about his latest travels, some politics, the death of comedian Patrice O’ Neal, and how a trip to Sao Paulo, Bra... [read more]

Zone of the Enders HD Collection to take flight this Fall

Why the industry needs to change the used games market. Not kill it.

The last few weeks have seen rumours that the next generation of Xbox will disable the ability to play second hand games. This started me thinking about the ethics and economics of the used game market and how the industry would change if it disappeared. Every publisher is o... [read more]

Question of the Month: What's Your Most Anticipated Game For 2012?

Our first Question of the Month for 2012 has the staff answering what is their most anticipated game for 2012. ... [read more]

Since its launch, The Xbox Live Arcade has paid witness to its fair share of older titles being re-released as ports. Doom was first released back in 1993 by id Software, and since then, the title has been released on several different platforms. The game first made a name ... [read more]

It would not be a revival of the fight game genre without Soul Calibur, and after a four year break, Namco Bandai’s Project Soul has released a new Soul Calibur game. Soul Calibur V brings the series into the new age with updates that will make the game a worthy entry int... [read more]

It's getting close the end which means time to rush through parts and screw all the sidequests. ... [read more]
3 Reasons not to buy the 3DS at launch
Posted on March 24, 2011 by Roy 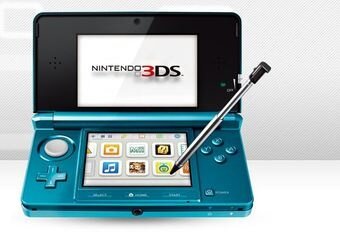 In a matter of days, the 3DS will be purchased by hundreds of thousands of gamers across the country looking to score some portable 3D action. With the release of a new system comes a big question, though: �Do I buy now or do I wait?� Normally, I’m a �MUST BUY AT LAUNCH!� kind of guy, but I’ve realized over the years that in some cases, waiting a bit can be the best course of action. For the 3DS, I’ll be waiting and here are my reasons why. This is not a knock against the system (I am buying one eventually), just some friendly advice.

1. Launch lineup is a little weak

At Nintendo’s E3 press conference last year, the big game that shocked everyone was Kid Icarus for the 3DS. With 3D remakes of classic games like Metal Gear Solid: Snake Eater and Legend of Zelda: Ocarina of Time planned for the 3DS, you would hope to see some of those major titles released at launch, but sadly, they won’t be. In fact, one of the major disappointments of the library is the lack of major Nintendo franchises. Nintendo will be releasing Pilotwings Resort, Steel Diver and Nintendogs + Cats. Yes, I know that Nintendogs sold millions, but I don’t put it on the same level of Mario, Zelda, and Metroid in regards to being a Nintendo franchise. The other games in the lineup are also a little on the light side with none of them catching my eye, and I’m not the only one who feels this way. It’s understandable to have lackluster launch games for a brand new system; it’s happened plenty of times in the past. The real question is: are there any launch titles that you can feasibly see yourself playing for a month or two before more games get released in the summer?

2. Netflix and eShop aren’t ready yet!

If you haven’t been using Netflix, you’ve been missing out. It’s an incredible service that streams movies and TV shows right to your computer, game console, or phone. Add to that Nintendo’s deal with AT&T to have more than 10,000 hot spots available for 3DS owners to make use of, makes the 3DS an exceptional entertainment value. Too bad you have to wait until this summer to make use of it and the eShop that will be offering downloadable Virtual Console games and exclusive download-only for the system. While not having these apps at launch isn’t a deal-breaker, you have to admit that it’s another clear sign that waiting a few months would be ideal.

The 3DS is going to have tons of support from lots of companies, there’s no doubt about that. Like every new system, though, it takes time for a software library to develop. As of right now, most of the games are portable versions of existing franchises or 3Dversions of other portable games. New, original content is not there right now, but I don’t doubt that there soon will be. Also, the graphics are still on the low-end as the 3DS has a ton of power that hasn’t been properly tapped into yet. Remember, this is a gaming system and you want to play some actual games that are worth the amount of money you’ll be dropping on the system. Those games will take time to develop, and jumping in early will probably only earn you some buyer’s remorse wishing you’d wait a little longer for some more games.

Again, this isn’t a knock on the 3DS. I played it and I enjoyed it. If there were more titles for me to get excited over, I’d have a 3DS already paid off and would be preparing to get my 3D on this weekend. As a guy who has had buyer’s remorse after excitedly buying many a system at launch only to end up waiting months for quality titles to be released, I’ve become wary of going all-in with a new system on Day 1.

Gaming is about playing quality games that provide fulfilling experiences, and we shouldn’t settle just for the sake of being the first one to own a new system. As for me, I will be waiting until more 3DS games are released that catch my interest. Once that happens, I will gladly buy a 3DS. Until then, there are still plenty of 2D games to play!

Are you boycotting Mass Effect 3?