Gamestop settled on a lawsuit regarding the sale of used games that are missing DLC. Is this lawsuit a win for gamers or will this cause more problems for gamers? ... [read more]
Dead Rising Review
Posted on January 15, 2009 by MikeV 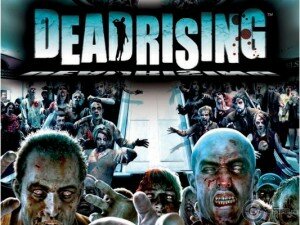 Dead Rising is a 2006 Xbox 360 RPG with survival horror/action elements developed by Capcom. For many, this was one of the first high profile 3rd party games released on the system, and surprise surprise, it was once again Capcom proving to gamers the merits of a system. Capcom has done this time and time again, for popular systems like the PS2 to struggling consoles like the PSP or Dreamcast. Gamers might not have embraced those two as much as sales would have liked, but Capcom, gaming's greatest video game developer overall, was always willing to make great games for gamers, regardless of the system.

Oh, that little digression felt good. Anyway, back to Dead Rising. Dead Rising received a lot of attention before its August 2006 release due to its amazing graphical presentation, consisting of hundreds of zombies on screen at the same time. It LOOKED like a next-gen game, and I was excited. Expectations were further by the release on a demo on Xbox Live weeks before release that was brief but did a great job at showcasing the sandbox gameplay and some zombie killing fun.

Oh yes, this game is about zombies. Not much can be said about this or the story without spoilers. I can tell you this though. You play as an ambitious photojournalist named Frank West who somehow gets wind of a military blockade in the small mountain town of Willamette Colorado. Taking a helicopter to get the scoop eventually leads him to the local mall, where he instructs the pilot to pick him up in 3 days, plenty of time to get his scoop. Jumping off the helicopter in an oddly enthusiastic way, Frank heads for the roof entrance and the game begins.

When it comes to the graphics of Dead Rising, the first word that comes to mind is visceral. The Parkview Mall is well realized as a symbol of consumerism and the zombies seem to oddly feel as if they belong in a mall. I know those are big references to Dawn of the Dead, but the box cover already mentions that.

Frank and the other characters are well realized, especially the pneumatic women, like Jessie and Isabella. Jo Slade is pneumatic for a different reason... The myriad of weapons and useable objects throughout the mall look good and have a realistic feeling of weight. There are nice graphical touches to the zombie carnage, like how blood and guts gets all over Frank 's face and clothes as he smashes zombies.

All of the stores look different and the whole mall is fun to explore. Too bad about the maintenance tunnels, but I guess that is to be expected. Some fans of the game lamented how some obvious store choices, like video game stores or cell phone kiosks are absent, but you can't have everything, and that is what sequels are for.

Dead Rising's music consists mostly of piped in mall "musak", expertly simulating the droning noise heard in most malls, over and over again. During certain times in the game, you will hear some rock songs, like Gone Guru or Bored Again. These very cool songs help to break up the deliberate monotony and serve as real highlights in the game's score, which is mostly in the menus and key events.

Sound effects should also be highlighted. Of course, you have lots of zombie groans. But unfortunately, you'll be doing the groaning when you heard some of the chatter survivors repeat ad nauseaum: "I understand" "What are we doing here?" and sounds that are meant to convey fright, but are not very effective, and could just as soon mean the person has a case of the runs. And hilariously some survivors will occasionally called Frank a sonuvabitch even if he is SAVING them...

Weapon sound effects definitely deserve a mention. Besides each weapon having its own feel and weight, there are plenty of different sound effects that are rather satisfying. From the slashing and engine puttering of the eponymous chainsaw (well highlighted in the commercials) to the sickeningly great squishing sounds of hammers and other painful blunt objects, Dead Rising's weapons are certainly expressive.

Gameplay is done in the Grand Theft Auto sandbox style, in that you are free to follow the game's timed objectives, rescue survivors, or just goof around by taking pictures, killing zombies, what have you. Backing this system up is a solid RPG system that seems to be overlooked. Frank gains experience in the form of PP (Prestige Points) for all manner of accomplishments, from saving survivors to killing zombies to destroying boxing heavy bags (?)

As you gain points, you level up, gaining everything from a longer life bar to higher item capacity as well as new over the top special moves, many of which are just GREAT at bashing zombies into deader piles of flesh. There are so many ways to play this game, both on the path following the story and just wandering around.

Dead Rising's gameplay system has been criticized as limiting by some due to the fact that you only have one save slot. Due to the way in which cases are timed, if you dawdle too much, you may miss a critical story event and have to restart the game. Keiji Inafune has said that he likes this system because it forces the player to live with the consequences of their decisions. I agree because the game would be less involving if you just needed to keep redoing events in different orders to maximize time until you got it right.

The first time I played the game, I think I had a game over within 2 hours, having not understood how the cases functioned. I adapted and got back up to the error point again (which was easier due to Frank's experience and levels carrying over to new games if you wish) and was prepared for my mistake this time. A steep learning curve indeed, but it just seems appropriate for this game. Maybe in the sequel (please!) we can have a choice of saving methods, with different rewards for using different systems.

Dead Rising's challenge is pretty up in the air because of its open-ended nature. Killing zombies is quite easy if you have the proper weapons, and the best weapons are pretty easy to come by. The game bosses are much more challenging, and will whip your ass if you aren't prepared. I enjoyed how these bosses had a real sense of danger about them, mostly due to these personalities. Make sure to save often lest you let them kill you.

A different way to look at challenge is through understanding the game's system. In this, I would have to determine that the game is actually quite easy, due to new game plus feature. If you fuck things up and have patience, you can keep retrying until you get it right. There are definitely frustrating parts of Dead Rising, but unless you only play Rock Band or Wii Sports, you'll be able to get past them eventually.

Replay value is significant in this game, and not just because the game is designed to take advantage of it. This is as such because there are so many ways to play this game, as I covered above. You could play the game using no weapons, only bladed weapons and more. Due to the gameplay, doing things like this are more fun than you may think.

There are also bonus modes to unlock if you follow the story to its conclusion. One mode is unique in that it is the result of a very logical conclusion of dealing with tons of zombies. There is also Infinite Mode, which is not what you may think it is. Check it out!

In summation, Dead Rising is a definite killer app for the Xbox 360, the game that first made me want to buy the system. Since then, tons of other AAA games have been released, but I always like going back to the Summer of 2006 when the futures of the 360 were in doubt (or maybe magazine editors were just looking for something to write about). The Rising of the Dead is definitely a game for fans of zombies, carnage, even just Capcom fans. There is a lot to see and do, and unlike most games, achievement hunting is a lot of fun. This is as such due to the ingame rewards that Frank obtains from accomplishing achievement tasks. If there was one feature every game NEEDS to copy right now, this is it!