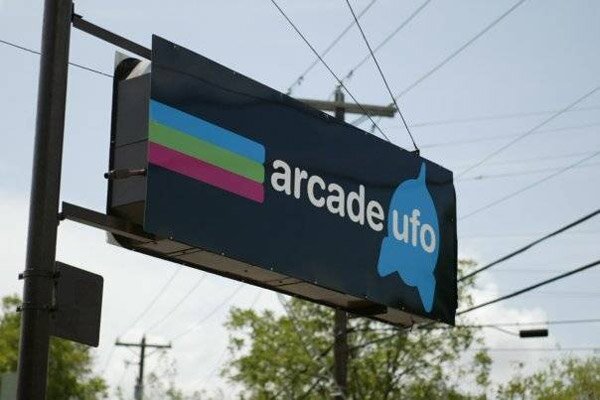 When any of us staff members in San Antonio visit Austin, we always stop by Arcade UFO. In our last trip, the crew of Eduardo, Chris Holm. Carey "The RPG Fanatic," 8-Bit Eric, and myself stopped by to play one of Arcade UFO's newer games that wasn't a fighting game, Pac -Ma... [read more]

It looks like a supposed former Rockstar employee has spilled the beans on what we can expect in GTA V.  Posted on the Gamef... [read more]

It looks like Sega is jumping on the Free-to-Play bandwagon with their crack-ish online title, Phantasy Star Online 2. You'll be able to download the game for free, and charges will come via the item transaction system which is common in most Free to Play games. ... [read more]

Combining the realms of 2D and 3D, Capcom and Namco have teamed up to bring us Street Fighter x Tekken. Why is this so important? Capcom is attempting to bring both sides of the fighting game community together, which in itself is an extremely daunting task. This edition bri... [read more]

Here's another review of the original "black box" NES game from 8-Bit Eric. This time he review the game based on America's pastime, Baseball. ... [read more]

For many gamers, the SNES is the main RPG gaming machine. With classics like Final Fantasy 4 & 6 along with Chrono Trigger, it's hard to dispute it. Another great RPG that came out on the SNES which is damn good but not as popular as the Square games was Earthbound. Sadly, Earthbound is another example of Nintendo's policy of screwing over gamers. While there are fans of the game, Nintendo decided not to release the next game in the series, Mother 3, on the GBA. Many US gamers will miss out on this great game and that is just sad.

Here's a quick rundown of the whole Mother series. Developed by Nintendo, the Mother series started on the NES back in 1989. Mother 1 featured character in a modern setting and takes place in the US. Instead of swords the hero uses bats, and instead of magic there are psionic powers. The game was localized for a US release but with the SNES coming out, Nintendo of America felt that the game wouldn't be a success without proper marketing. These are also the same geniuses that wanted crosses to be taken out of games because of how controversial they were...fucking idiots. Oh and there's been no release of this game planned, not even the compilation of Mother 1+2 that was released on the GBA back in 2003. I'm sure Nintendo was trying to milk something else around that time.

Mother 2 was releases on the SNES in Japan on 1994 and luckily came to the US under the name Earthbound because Mother 2 would make no sense. The game is considered a sequel but is more of a remake of Mother 1 which was a common practice with the SNES. While in Japan the game sold well, in the US it was a different story. Some people say it's because the game was too ahead for its time but frankly the lack of sales is very simple. The game had 8bit graphics on a 16bit system. This turned off many gamers because they didn't get it and that shouldn't be a surprise since the US didn't get Mother 1 to begin with. Gamers didn't get it and they weren't helped by gaming journalists back then because back then, just like now, a lot of mainstream gaming journalists didn't get it. All they saw was 8bit graphics and dismissed the game giving the game average or below average scores. You'd think the gaming press would have learned from this but no, they're still as dumb as ever.

Finally, Mother 3 was originally planned to be on the N64DD, and the images have been circulating on the internet for years. For those who don't know, the N64DD was an add-on for the N64 that was another attempt for Nintendo to do a drive kind of like a CD drives but not. It didn't use CDs but it was designed because it would be cheaper than a CD drive, and we'll just leave it as a waste of plastic that was an utter failure. Series creator, Shigesator Itoi, moved the game to the GBA in 2003 with a release in Japan on April 20, 2006. For years the Japanese were enjoying this great game with any inkling of a US release. So gamers took it upon themselves, and with the help of a translator that has done work in the industry before localizing games in the US, an English translation of the game was released on Oct. 17, 2008. With this being created by fans and is considered a "hack", there's only one way to get the game to work and that is to pirate it. So give Nintendo a big FU by downloading the game and translation so Nintendo misses out on revenue for ignoring the US gamer. Those bunch of dicks.

Now, on to the game! The story starts off in peaceful Tazmily Village with the main character, Lucas, and his family. The game's story plays out in several chapters with the first three not even featuring the main character but instead focusing on other characters within the game. For those who played Dragon Warrior/Quest 4, you'll notice a similarity in the use of chapters. I'll leave the story alone because going any further would ruin the experience. Just know that there are parts that are very humorous, incredibly sad, and in some cases, seems to be a reflection of the effects of the US occupation of Japan but I maybe looking too much into it to come up with that conclusion.

Fans of the old turn based battle system will be in for a treat with Mother 3. Those who aren't fans of this system shouldn't even bother with the game and give up your gamer card since you're such a poser. While controlling your character, the overworld will have visible enemies that need to be touched to begin a battle. With timing, you can make your way past most enemies but that's not advised since being the proper level is a big deal requiring you to spend time leveling up character. Without leveling up, bosses will proceed to beat your ass.

When a battle starts, the enemy will appear and a counter will be at the bottom for each character. Each character has the same basic actions of attack, guard, and items. Then depending on which character, there will be access to PSI attacks (think of it as magic) and various special abilities that the character has with one per person. New to the game is the use of rhythm within the battle. When fighting enemies, you can cause extra damage by pressing the A button along with the beats of the song. It takes a lot of practice but once you get this down, you can have 10+ hit attacks that will do some good damage. During the story, a secondary character will join but they will not be under your control so don't expect much from them. Once you defeat the enemies, your characters will get xp and starting in chapter 4, money will be acquired by talking to a frog (I'll explain that in a bit).

Throughout the game you'll see the humor that's become a mainstay for the series. Some are little puns, funny putdowns, and just very dry humor. You'll find a lot to laugh about or just give a quick smile to. For example, the frog that I mentioned earlier, is part of many frogs in the world that will save your game and starting in chapter 4, give you DP(the game's currency and a possible dirty joke) whenever you defeat enemies. What's funny is that the frogs are mainly the same, there are special frogs including a frog in an old folk's home, a ghost frog, and a stuffed frog that will all save your game but you have to laugh at the circumstance.

Keeping with the tradition, the graphics for Mother 3 are on the same level as the other Mother games. They still have an 8bit look but you can tell there's more to the graphics. The animation these little 8bit sprites adds so much entertainment and makes you forget that you're looking at graphics that are more than a decade old. Back with FF6 and Chrono Trigger, the little animation the sprites would do really conveyed emotions, and Mother 3 takes those animations to another level. When you see the animation when characters cry, you really can feel the sadness.

As I mentioned earlier about the battle system making use of rhythm, you would expect the music to be good, and you would be correct with that assumption. Every song fits just right with the scenario it's used in. There's not that epic symphony piece common with RPGs these days, but the scores are right along the lines of the best soundtrack any games from the 8-16 bit era has to offer.

Expect a good 15-20 hours of Mother 3 goodness, if not more if you want to explore every bit about the game. And you will want to check out everything because you never know when that humor will sneak its way into the game. It's a shame that the US gamer, in the most part, is missing out on this great game. Make Nintendo aware that you, the gamer, are the ones that know what games you want to play and PIRATE THIS GAME. Fuck Nintendo and their cockiness. Get them to pry themselves from throw all kinds of shit into the Wii and bring over some actual quality titles.

Bridging the gap between East and West with Fubarduck