8-Bit Eric has reached 2600 subscribers, and it's time for something special. Eric brings out the Atari 2600 to share some of its retro goodness.... [read more]
Starcraft II Review
Posted on September 16, 2010 by OG 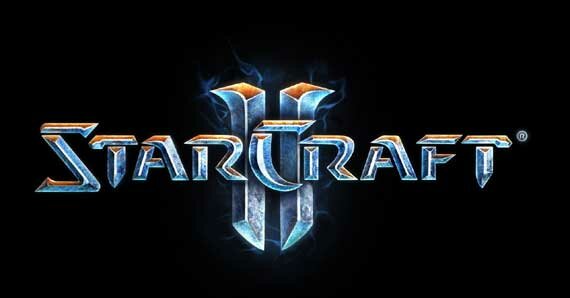 For those of you just turning 12 this year, you will never know a world without Star Craft. Which bodes well for you, because you also likely will not remember a world waiting more than a decade for its sequel as you've probably just recently discovered the wonderment of the desktop real-time strategy (RTS). That’s right kids! There is more to the world of PC gaming than MMOs and Facebook RPGs. For those of us, however, who were in junior high when we were first introduced to the Zerg and the Protoss, the only thing more drawn out and angsty than waiting for the eventual release StarCraft II: Wings of Liberty was waiting for the end of puberty.

This first installment in what has been dubbed as the �StarCraft II Trilogy� throws us right into the action four years after the end of Brood Wars. We step into the shoes of our hero, General Jim Raynor as he's about to resurrect his rebellion against Emperor Arcturus Mengsk. This game scores big points by having the lore and story of the game tightly interwoven with the game play itself. Gone are the days when you have to read the companion booklet in a Craft game to know what's going on. It’s been replaced with unit details in the armory, post/pre-mission interactivities, and more cut scenes than you can shake a stim-pack at. Blizzard has definitely built upon what they did with Warcarft III by pulling the player into the world and story simply by playing the game.

Another lesson that Blizzard has learned from their huge money factory (otherwise known as World of Warcraft) was the addition of achievements and difficulty levels with all the missions. Before this the only replay value I ever got from an RTS game was putting in the cheat for god mode and seeing how long it took me to destroy everything with a drone. Now you can replay each mission in a desperate struggle for a higher score. Not to mention that the main game levels are a poop-load of fun to play and no two are exactly alike�there is always some tweak to make even the most familiar mission a brand new animal. And once you’ve had your fill of the story mode, there are a bunch of challenge scenarios to keep you busy for hours as you try to devise the perfect strategy to earn a gold medal.

The multi-player mode is sure to make SCII the Halo 3 of RTS games. You are allowed 50 unranked practice games to get you into the swing of things, but be prepared for some fierce competition even on the rookie field. From there you’ll go on to ladder play and enter tournaments if you’ve got emotional fortitude. I for one played an hour long game, held off numerous attacks, built up my army again and again, and just when I was about to make my move, my opponent swarmed in for a crushing blow just as I was getting my sneak attack on. Needless to say, I needed a stiff drink after the surrender. Nevertheless, the multiplayer is where the real challenge of SCII is found.

But even with the guaranteed nerdgasm you'll have from this game, there are still a few drawbacks.

Graphics are absolutely awesome� if you have the machine for it. Taking a hint from the fact that I wasn't let in on the beta, I was actually going to wait to play this game and get a better computer at the end of the summer. But, when I ended up getting it as bachelor's party present I couldn't resist. Even with my graphics turned all the way down I still had moments of lag which really got in the way of in-game cut scenes and game play. Simple tip: if your compy is more than a year and a half old, think about an upgrade. After I did so I cranked up the graphics and was quite pleased with the eye-candy I beheld. Blizzard spent a lot of time making it look good and it shows.

Something that will undoubtedly hinder long-time multiplayer fans of the original SC is the complete lack of LAN support. If you want to play against friends, you’ll have to do it through Battle.net. It will be interesting to see if there are any changes to this in the future as the lack of LAN support will more than likely take a major toll on the competitive SCII community, especially in the international arena. I’d hate to see Korea’s two cable channels devoted to StarCraft LAN tournaments go off the air.

One thing that irks me a tad�and this is just me getting on my soap box so feel free to skip this bit�is the trilogy bit. I hope I’m wrong here, but for any of you who played WoW long enough to know that it needed to end a long time ago (which for me was after three months), you'll get the same sense during the last cut-scene in the main game that Blizzard is going to milk this for all its worth when there will probably be only enough strong plot in the entire trilogy for one game. There were plenty of side stories which gave value to the game’s many missions, but these plots themselves and characters they introduced seemed fairly pointless, especially when those characters may never be seen again.

We can most likely expect to see such mini-plots slathered on the next two games in the trilogy, making us wait with clenched teeth for the years to pass and for this three game long chapter of StarCraft to come to its epic close.

In the meantime, at least I have achievements to earn.