Gamestop settled on a lawsuit regarding the sale of used games that are missing DLC. Is this lawsuit a win for gamers or will this cause more problems for gamers? ... [read more]
Defenders of Ardania Review
Posted on April 07, 2012 by Jack

The Tower Defense genre is perhaps one of the more saturated in gaming at the moment.  Because of this, if a game wants to stand out from the rest of the pack, it has to do something a little different. Defenders of Ardania does this by attempting something so simple that it’s frankly amazing it hasn’t caught on more: it gives you the chance to attack your enemy.  By doing this, Defenders of Ardania merges the lines between Tower Defense and RTS, creating a blend of building strategy, resource management and tactical offense that calls for more player input than just placing your buildings and letting the enemy come to you. With the added inclusion of online multiplayer, does Most Wanted Entertainment’s latest effort deserve to be defended? Or should you leave it to the undead hordes?

Vacation Spot? - Ardania is blessed with one of the more complete envisioning of a world that I have experienced via the downloadable medium. Sure, you don’t see people going about their everyday business, buying groceries and picking the kids up from school, but the variation in landscapes and races is higher than I’ve come to expect from non-disc-based games. What makes the variation even more welcome are the clean visuals used to depict various aspects of the world. Everything from farms and mines to jungles and temples is included in your trek across Ardania, and each environment looks and sounds different from the one that preceded it.

Defensive Awareness - One thing that usually drives me crazy with strategy games, and a problem that is often exaggerated on consoles, is the sheer number of shortcuts that need to be remembered, or the number of sub-menus that need to be navigated just to access a simple command.  Defenders of Ardania removes this heartache by having each set of commands accessible via a single button push. Whether it’s spells, construction, upgrades or unit management, each can be accessed by an assigned direction on the d-pad. When you’re flying around the battlefield giving orders left and right, it’s nice to know you can get stuff done quickly and easily.

Patchwork Army - Any fantasy epic needs a liberal dose of strange races, unlikely alliances and villainous enemies spread throughout its narrative, and Defenders of Ardania lives up to its fantasy aspirations. Whilst the playable races don’t include all the ones listed here, throughout the course of the game you will encounter wizards, dwarves, the undead, animals and minotaurs, each with their own playing style and range of units. The number of units available almost matches the number of races, with the addition of a new alliance member opening up the chance to build new and more powerful units. Each unit is able to unlock a ‘hero’, which is essentially a more powerful version of the base model, and these come in incredibly handy, particularly during the later levels.

I’m The Cock of the Walk! - For the first twenty minutes of Defenders of Ardania, I was trying to work out just who did the voice of the king’s main advisor was. At first, it sounded like Brian Blessed, with all his shouty, over-the-topness, but then I began to wonder if perhaps Sean Connery had got in on the act, as the accent seemed to veer all over the place. Turns out, I was wrong on both counts, and it was just someone doing a poor impression of the both of them. This trend continued throughout the game, unfortunately, with almost every character being voiced by what sounded like a high-school actor, over-acting as if their lives depended on it. In an era when voice acting is becoming a respected profession, amateur efforts just don’t cut it anymore.

I Just Can’t Wait To Be King - The one bane of tower defense games that I find affects almost all of them, is what it is you’re supposed to do once your towers are built and the enemy is attacking. Defenders of Ardania attempts to remedy this by having you attack as well, but even then, much of the game can be completed by working out which units are most effective on a particular map, and just spamming numbers. There’s no need for tactical nuance, or strategic placement of units, and it’s impossible to attempt to create any kind of formation, as units march single-mindedly towards their destination at whichever speed is default to them.

That’s Your Defense?! - Defenders of Ardania has a pretty long campaign, and each level will take you a good 20-40 minutes to complete, depending on how badly you mess up your tower placement and resource management. You WILL complete it though, as Defenders of Ardania is remarkably easy, even in the latter parts of the game. I think I failed a mission only once, and that was because I couldn’t work out how to target an individual unit until it was too late. For the rest of the game, spamming numbers and securing important areas on the landscape will be enough to secure victory, and from then it’s merely a matter of waiting for the opponent’s hitpoints to drop.


Defenders of Ardania offers up a good deal of content for your money, but it just doesn’t offer up a lot of challenge. The world of Ardania is inviting, and each level contains enough variation in terms of environment and units to keep the game fresh from beginning to end.  That is no mean feat in a game of shorter length.  Unfortunately, you’ll be able to race through it (as much as you can in a strategy game) in a number of sittings. Defense games should force the player to experience some degree of peril, and the overwhelming desire to flee in the face of unassailable odds. Instead, Defenders of Ardania decides that allowing players to merely go through the motions will be enough to secure victory, and the game suffers for it. For all the imagination put into creating an interesting world, players will become bored with the lack of challenge long before they’ve explored each corner of this new world. 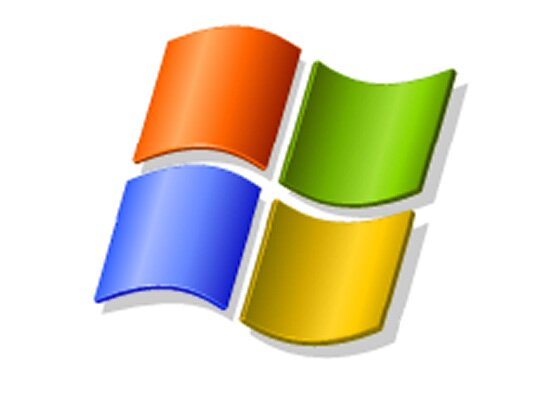