Gamestop settled on a lawsuit regarding the sale of used games that are missing DLC. Is this lawsuit a win for gamers or will this cause more problems for gamers? ... [read more]
Gamers, I am disappoint...AGAIN
Posted on February 18, 2012 by OG

Last week gamers showed off their willingness to pay for an unknown game from a well-known developer when Tim Schafer and his Double Fine Productions put up a Kickstarter page to raise funds for an adventure game.  Within 8 hours, the goal of $400,000 was reached.  As of this writing, it is very close to reaching $2 million right now.  While gamers voted with their wallets and set a precedent by expressing that publishers are not necessarily needed, they failed to rise to another challenge during another big event on February 9.

The Academy of Interactive Arts and Sciences (AIAS) held their annual awards show,  the Interactive Achievement Awards (IAA), during the DICE Summit in Las Vegas last Thursday.  Nominees for the awards were voted on by professionals within the industry making it essentially the Academy Awards for video games.  In fact, winning an IAA for your game is held in high regard in the industry.

So guess how many people turned out to watch this event for free on Twitch TV?  At its peak, the broadcast had about 1,300 viewers.  Why am I pointing that out?   Because just two months ago, the internets were ablaze with gamers damning the Spike VGAs to the deepest circles of hell for insulting the gaming industry with its parade of celebrities who know nothing about gaming, skits that missed their mark completely creating many awkward moments that were lacking any humor at all, and an “award show” where only 4 actual awards were given throughout the night.  I’m also fairly sure that the Spike VGAs were seen by more than 1300 people.  The cries for a proper award show for gaming was echoed from 4chan to Reddit, and promises of never watching the VGAs again were made in droves.

After the Spike VGAs, I posted a piece about how the producers of the VGAs don’t take the show seriously, and I made mention of the IAAs that were going to be happening very soon.  I pleaded that if you were disgusted with everything the Spike VGAs stood for and that you were tired of gaming being marketed as only for MTV-loving teenagers that are playing games after watching Jersey Shore marathons, there was a show that properly honors our best video games.  Videogames best and brightest would be respected and honored in the same fashion that movies are honored at the Academy Awards, television shows are honored at the Emmys, and music at the Grammys.  I implored gamers that if they wanted to see a serious award show then they needed to support a show like the IAAs.  A bunch of viewers would tell the networks that gamers do want to see a quality show and not the schlock from the same minds that came up with the Guy Awards.

And yet, hardly anyone showed up to watch and support the IAAs. The hypocrisy of gamers continues to amaze me, as once again, a demand for “something better” usually results in absolutely no follow-through.  Gamers have been demanding serious games that are more than just Call of Duty or Halo, yet they ignore games like Rayman Origins or Enslaved. An award show that was giving games their proper dues was almost completely ignored.  There were hardly any forum posts or discussion threads about the winners, in contrast to the mass amount of hate that came after the Spike VGAs.

The blame doesn’t end with the gamers though.  “Game journalists” from major sites everywhere were hardly mentioning that the biggest true awards in gaming were happening.  There was no live blogging, no live chat, or even an excess of tweets about the event from the most well-known writers on the biggest sites.  I follow several writers on Twitter and aside from the few that were in attendance, only a handful even mentioned the event.  How can these guys even consider themselves “game journalists” with a straight face after not covering one of its two major award shows?  It’s pathetic.  The day-after coverage was also just as pathetic.  Again, these were the same major sites that were having fits about how bad the Spike VGAs were and yet hardly posted anything about the IAAs.

As gamers, we may want to be taken more seriously, but that is not going to happen if we don’t follow through with what we’re demanding.  It’s time for gamers to stop with their bitching on the internet, and take some actual action to make things happen.  While we blew it out of the park with the Double Fine Kickstarter, we just plain blew it only two days later. 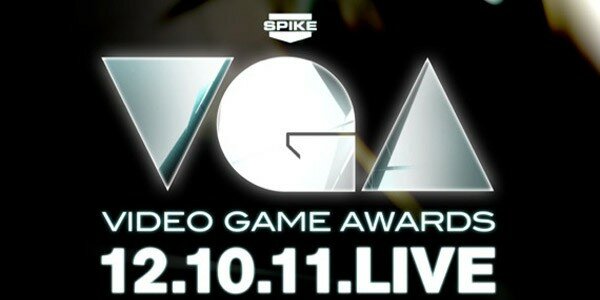 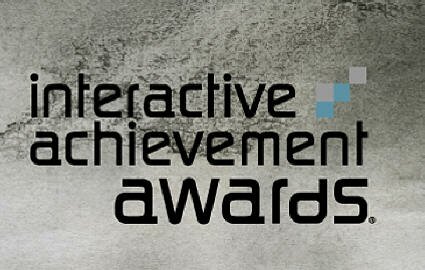