Record of Agarest 2 makes a

Fans of the Agarest games will be happy to hear that the second game, Record of Agarest War 2, will be making its way to the US next summer. Aksys released a trailer to celebrate the news.... [read more]

A truly epic kill in Battlefield 3

Watch this guy in a jet take out another jet in the most untradional means: ... [read more]

Looks like Frank West is gearing up for a paradise vacation in new teaser rumors from Eurogamer... [read more]

There is just too much to play this year, and having The Elder Scrolls: Skyrim released alongside all those other big games has set me back months. Bethesda's new titan of a game has done better than any other Elder Scrolls game before it, and has made a strong imprint on I... [read more]

Grease needs no explanation, since it’s the forefather of the high school musicals that have been springing up as of late. With its lively cast of characters, catchy and iconic musical numbers, turning Grease into a dance game seemed like a good idea. But in a sea of widel... [read more]

The RPG Fanatic: RPGology - Where did Chocobos come from?

In his newest show, The RPG Fanatic talks about the lore, myths and history that inspired characters, objects and ideas in tabletop and computer RPGs. Up first is the question some Final Fantasy fans have asked: Where did Chocobos come from? ... [read more]

RPG Fanatic: Why I hate the class design of Star Wars: The Old Republic

The RPG Fanatic talks about the next big MMORPG, Star Wars: The Old Republic, and why he just doesn't dig the classes. ... [read more]

Current Consoles: PC, Xbox360, Playstation 3
Previous Consoles: Playstation 2, Nintendo Gamecube, Sega Dreamcast, Nintendo 64, Super Nintendo, Nintendo, Atari
Favorite Games: Star Wars games
Bio: While not an actual content writer for the site, James became an avid gamer at a very early age. Programming had always been a side hobby for him, but now he codes, maintains, and designs www.original-gamer.com.
| all articles by James

Current Consoles: Xbox 360, PS3, Wii, Nintendo 3DS
Previous Consoles: Atari 2600, NES, Super NES, Nintendo 64, GameCube, Game Boy, Game Boy Advance, Sega Saturn, Dreamcast, Playstation, Playstation 2, Playstation Portable
Favorite Games: Starfox 64, Ratchet and Clank: Going Commando, Rock Band 3
Bio: Eduardo is all about the words: writing them, editing them, and speaking them into a microphone. He started playing videogames on the Atari 2600 and has been a gamer ever since. Eduardo takes games seriously, but is not a serious gamer. Instead, he would rather be having fun. Remember FUN?
| all articles by Eduardo 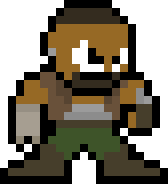 Current Consoles: Playstation 3
Previous Consoles: Commodore 64, Nintendo, Sega Genesis, Super Nintendo, Gameboy, Nintendo 64, Sega Dreamcast, Playstation, Playstation 2
Favorite Games: Battletoads Arcade, Killer Instinct 2, Need for Speed 3: Hot Pursuit
Bio: Known to the gaming world as "Harlem," Hiram Spells has been gaming since the age of 4. Starting out with the Commodore 64 and the NES, Harlem gradually worked his way up. Finding his niche in rhythm and fighting games, Harlem has competed in many tournaments and plans on competing in many more.
| all articles by Harlem

Current Consoles: Xbox 360, PS3, PSP, DS Lite, NES, SNES, Genesis, Wii, PC, PS2
Previous Consoles: GBA, Game Boy, Atari 2600
Favorite Games: Metal Gear Solid 4, Fallout New Vegas, Command & Conquer: Generals
Bio: When he doesn't have his nose in the latest Marvel comic or is trying to survive the harsh environment of the Mojave Wastelands, Mike V is either scouring the internet for an anime fix or braving the unknown that is the Japanese PSN looking for import games.
| all articles by MikeV

Current Consoles: Xbox 360, Nintendo DS, Sony PSP, iPhone
Previous Consoles: Nintendo Wii, Gamecube, N64, PS2, PSX, Dreamcast, Megadrive/Genesis, GBA, Gameboy
Favorite Games: Championship Manager 01/02, Final Fantasy IX, Pokemon Red
Bio: Hailing from Ye Olde England, Jack set out on a pilgrimage to the New World to discover the difference between the SEGA Megadrive and the Genesis, and to hunt down one particular eight year-old who made him cry by repeatedly calling him ‘lame’ on Xbox Live. One down, one to go.
| all articles by Jack

Current Consoles: PS3, XBOX 360, Wii, DS, PSP, PS2 SNES
Previous Consoles: Gamecube, XBOX, SEGA Dreamcast, Game Boy Advance, N64, Game Boy Color, NES
Favorite Games: Vagrant Story, Shadow of the Colossus, Metal Gear Solid
Bio: Gaming for over a decade and developing a love for writing over that time span, Wayne Comstock came to foster both interests. Since joining Original Gamer and becoming part of a small tight-knit community, He has grown to love both interests even more as the site has become a venue by which the two intertwine.
| all articles by Wayne 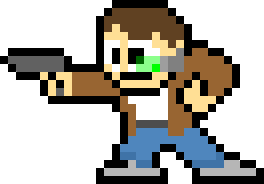 Current Consoles: Xbox360, PC
Previous Consoles: Commadore 64, GBA, SNES
Favorite Games: Syphon Filter, Pocket Fighter, Darkstalkers, F.E.A.R. ,BloodRayne 2, Fallout 3, Ridge Racer
Bio: Self appointment hero of the people. Chris is all about invoking powerful emotions through his artwork and his gaming. Often kept on the site as a joke, he adds much needed spice from time to time on the podcasts.
| all articles by Chris 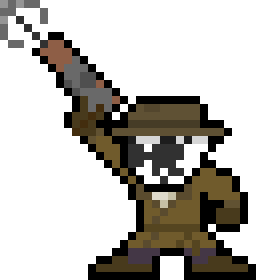 Bio: I watch CSI, NCSI, Law & Order, Criminal Minds, Unusual Suspects, AND I play violent videogames, so I can kill you 19 different ways and make it look like Alvin and the chipmunks did it, so don't f*ck with me.
| all articles by Mark 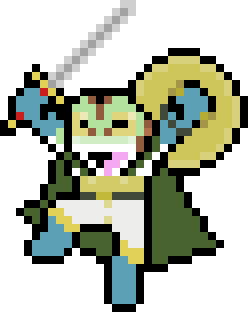 Current Consoles: PS3, Wii, PC, DS, PSP, Sega Genesis, PS2
Previous Consoles: NES, SNES, Colecovision, Neo Geo, Sega Dreamcast
Favorite Games: Metal Gear Solid 3, Sonic the Hedgehog, Minecraft
Bio: Joel is a father, husband, writer, and general public nuisance who escapes into immersive virtual worlds as a distraction from the endless morass of abysmal misery that he calls "real life." He is an immature manchild who likes avoiding work, petting cats, swearing, but most importantly, playing video games. He hopes to one day fool enough people into believing he is a competent writer so that he can make money off of his hobbies without contributing anything useful or productive to society.
| all articles by Joel 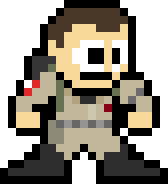 Current Consoles: Wii, NES, SNES
Previous Consoles: Gamecube, Nintendo 64, Genesis, Master System
Favorite Games: Legend of Zelda: Ocarina of Time, Paper Mario: 1000 Year Door and Super Mario Galaxy
Bio: I am a big fan of retro gaming, preserving the past time of an age when gaming was a beginning to make waves in our pop culture. I have been gaming since was about four years old. My hobby of collecting started about two years ago. The 8-Bit Eric show features my passion of retro gaming.
| all articles by Eric 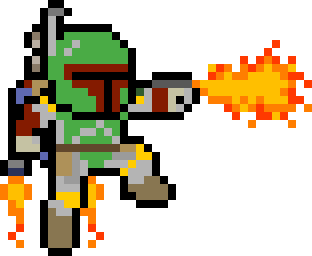 Current Consoles: Xbox360, Wii
Previous Consoles: Commodore 64, Nintendo, Super Nintendo, Gameboy, Nintendo 64, Playstation, Playstation 2
Favorite Games: Legend of Zelda: Ocarina of Time, Halo Series
Bio: Shadow has been playing games since he could remember, and drawing that long as well. His passion for video games began with the NES and has now become a long running love affair with console and PC games alike. He has turned that passion into a web comic, about video games, comic books, and all other things geeky in this world.
| all articles by Shadow

| all articles by Roy

| all articles by Ricky

We extend a special thank you to for providing the avatars used on our site.
You can check out his work at http://captainslam.deviantart.com/ and Mega Man Megamalgamation Poster.